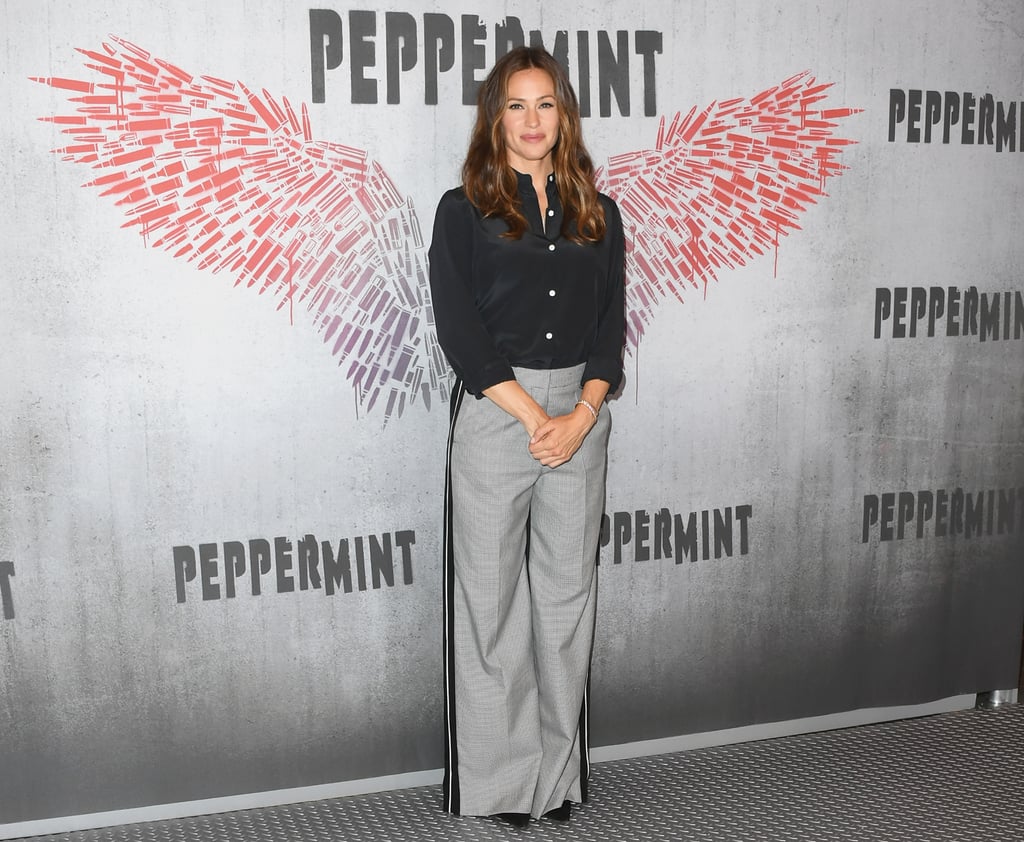 Jennifer Garner had a glow about her when she hit the red carpet for a photocall for her upcoming action flick Peppermint in LA on Friday. The actress struck a pose in front of a winged wall at the event and looked sharp in a button-down blouse and wide-legged pants. Oh, and her hair looked pretty amazing too. Like I said, she's just glowing!

In Peppermint, Jennifer plays a grieving woman who becomes a deadly vigilante after witnessing the deaths of her husband and daughter. The role may remind some of Jennifer's spy character Sydney Bristow from Alias, which she starred on from 2001 to 2006. We can't wait to see Jennifer kick some ass again, and speaking of TV, she's also making a return to the small screen in the upcoming HBO series Camping, which premieres on Oct. 14. Busy lady!

Related:
On a Scale From 1-10, Jennifer Garner's Hotness Factor Is Officially Off the Charts
0
previous images
-18
more images
Previous Next Start Slideshow
Jennifer Garner
Around The Web

Jennifer Garner
Jennifer Garner's Son Wrote a "Coronavirus Haiku," and It's Truly Just So Spot On
by Victoria Messina 20 hours ago 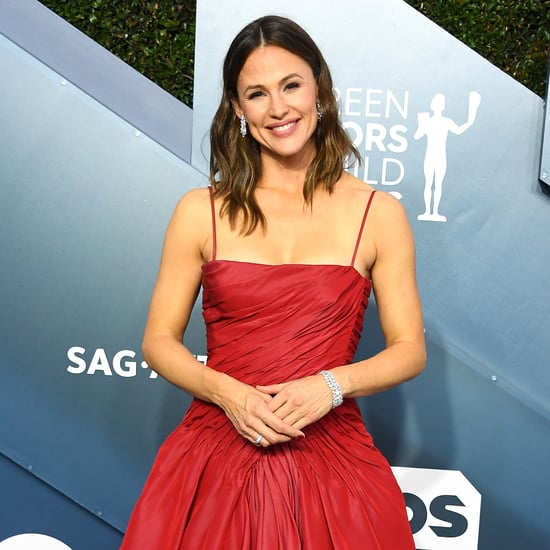