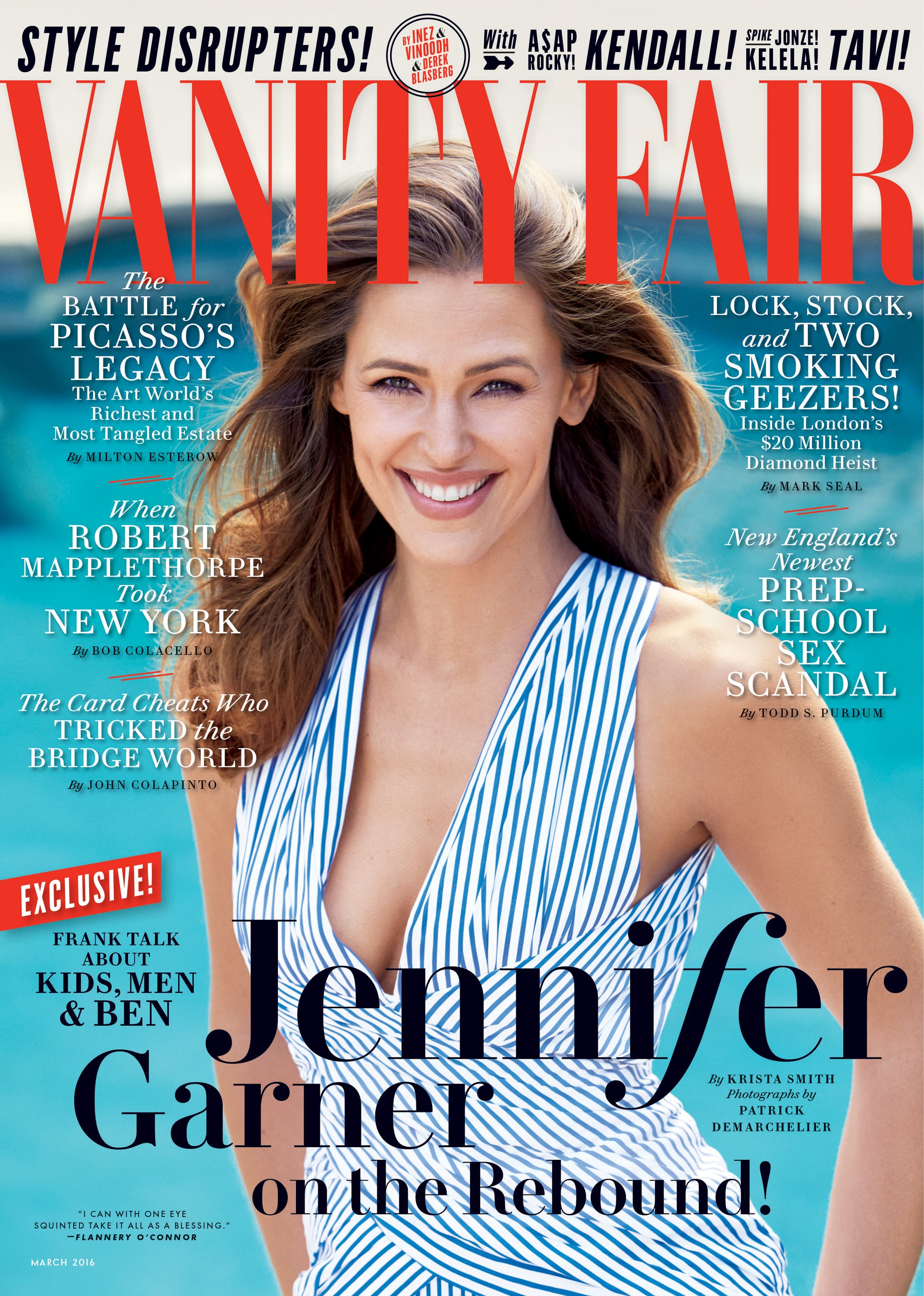 Jennifer Garner is radiant on the cover of Vanity Fair's March cover, and the actress got more candid than ever in the accompanying interview — especially when it came to talking about her split from Ben Affleck. The couple announced their plans to divorce back in June 2015, but have been keeping things amicable for the sake of their three kids, Violet, Seraphina, and Samuel Affleck. In her Vanity Fair profile, Jennifer finally broke her silence, calling the past 12 months her "year of wine," and admitted that she has been reflecting on her part in their breakup, saying, "There's no way I get off in this."

Overall, Jennifer's heartfelt, eye-opening quotes address pretty much everything the public has been wondering about their relationship while also touching on what's next for her and her family. She went on to address Ben's rumored infidelity — including "Nannygate" — and revealed that she "laughed" at Ricky Gervais's Golden Globes joke about Ben only being faithful to Matt Damon. Keep reading for the biggest truth bombs that Jen dropped in Vanity Fair, and then check out more celebrity women who bounced back from very public breakups.