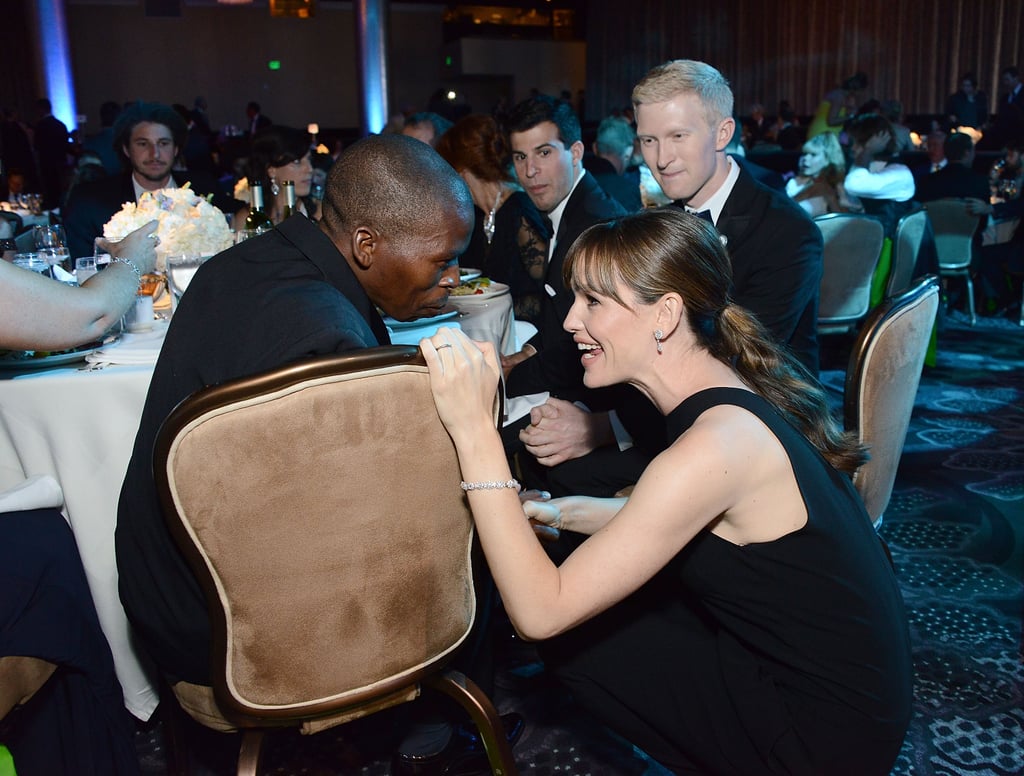 Jennifer Garner returned to the red carpet on Tuesday night at the Thirst Gala in Beverly Hills, CA. The actress was playing host for the event, which raised money for the Thirst Project, an organization of college and high school students who build freshwater wells in developing nations to provide safe water sources. It was a rare red carpet appearance for Jennifer, who last attended a public event in April when she premiered Draft Day in LA. Jennifer's husband, Ben Affleck, wasn't at the event, but he will soon be hitting the red carpet to promote his upcoming film Gone Girl. The highly anticipated adaptation of the Gillian Flynn book of the same name is due in theaters on Oct. 3. Aside from Gone Girl, Ben is also busy filming Batman v. Superman: Dawn of Justice, and he gave fans a sneak peek of his Batman costume (and the Batmobile!) when director Zach Snyder released a first look at Ben as the famous superhero.

Mother's Day
Ben Affleck's Sweet Mother’s Day Note For Jennifer Garner: "So Happy to Share These Kids With You"
by Alessia Santoro 5 days ago