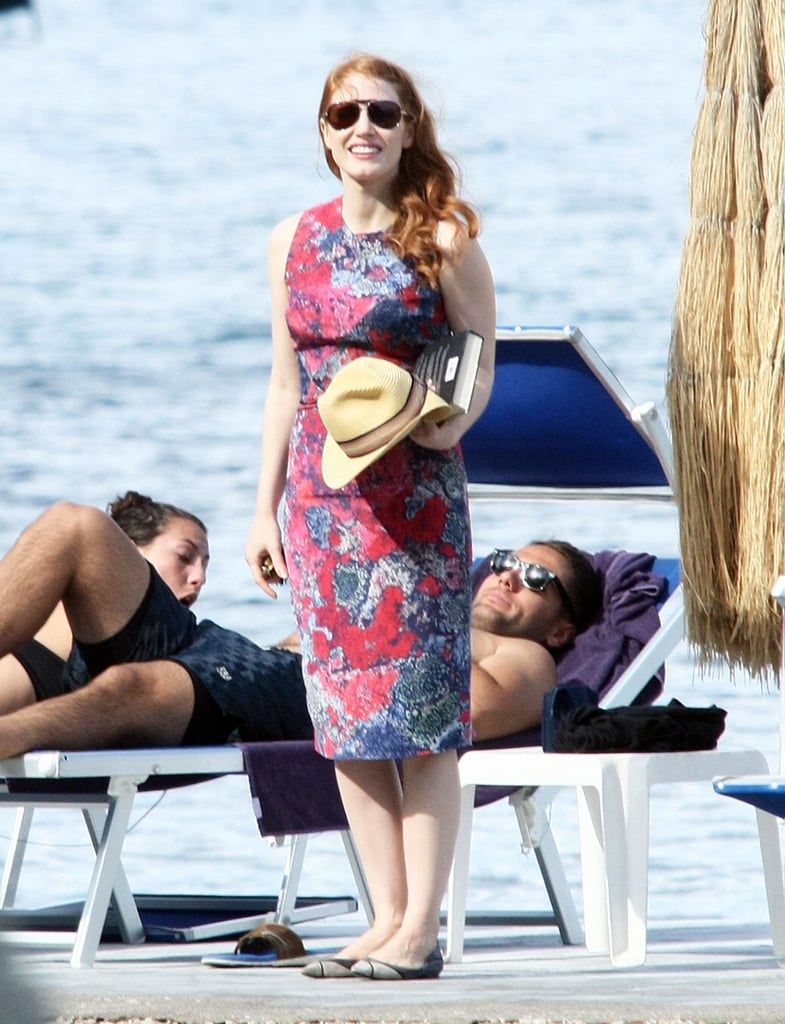 Jessica Chastain may have one of our favorite celebrity Facebook pages, but she is rarely spotted letting her hair down in public. That's why we were happily surprised to see the award-winning actress show major PDA with her Italian beau, Gian Luca Passi de Preposulo, when the two hit the beach in Ischia, Italy, on Sunday. Jessica was seen wrapping herself around her shirtless boyfriend, who was sunning himself on a chaise. Later, the two held hands and walked back to their hotel to prepare to attend a glamorous event later that evening for the Ischia Film Festival. The twosome was also spotted on Saturday when they boarded a yacht with a group of friends. Although the actress is normally very private about her relationship with Gian Luca, the couple has been spotted all around Italy holding hands and attending events together.