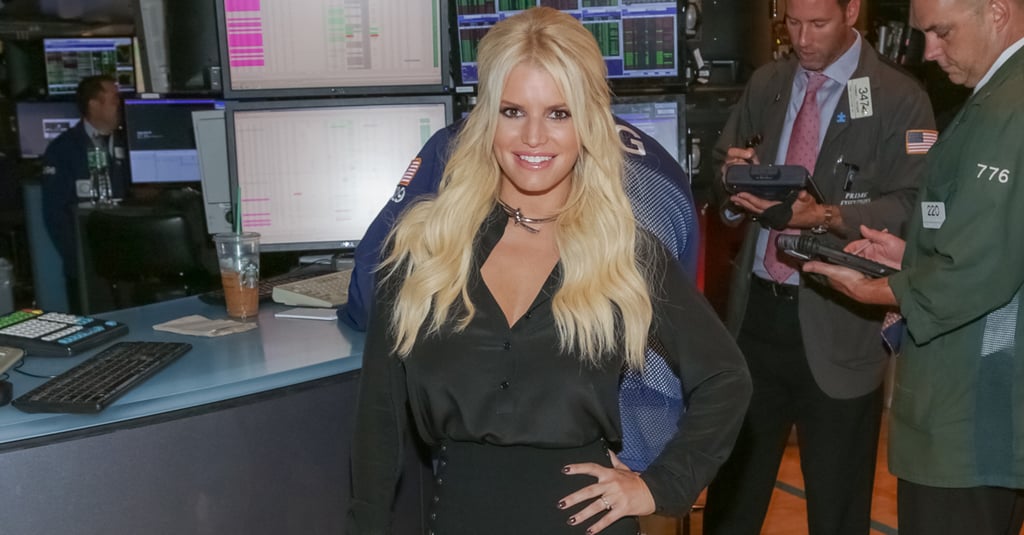 Jessica Simpson is in NYC celebrating the 10th anniversary of her Jessica Simpson collection and making the press rounds, and on Thursday morning she was up bright and early to ring the opening bell at the New York Stock Exchange. She followed it up with a quick interview on CNBC's Closing Bell during which host Kelly Evans asked about her biggest money mistakes. Jessica paused to think and then replied laughing, "I don't know, for some reason I thought of my first marriage!" She was of course referring to her three-year marriage to Nick Lachey, which ended in 2005 and reportedly began without a prenuptial agreement. Watch the clip of Jessica's funny comment on Us Weekly.