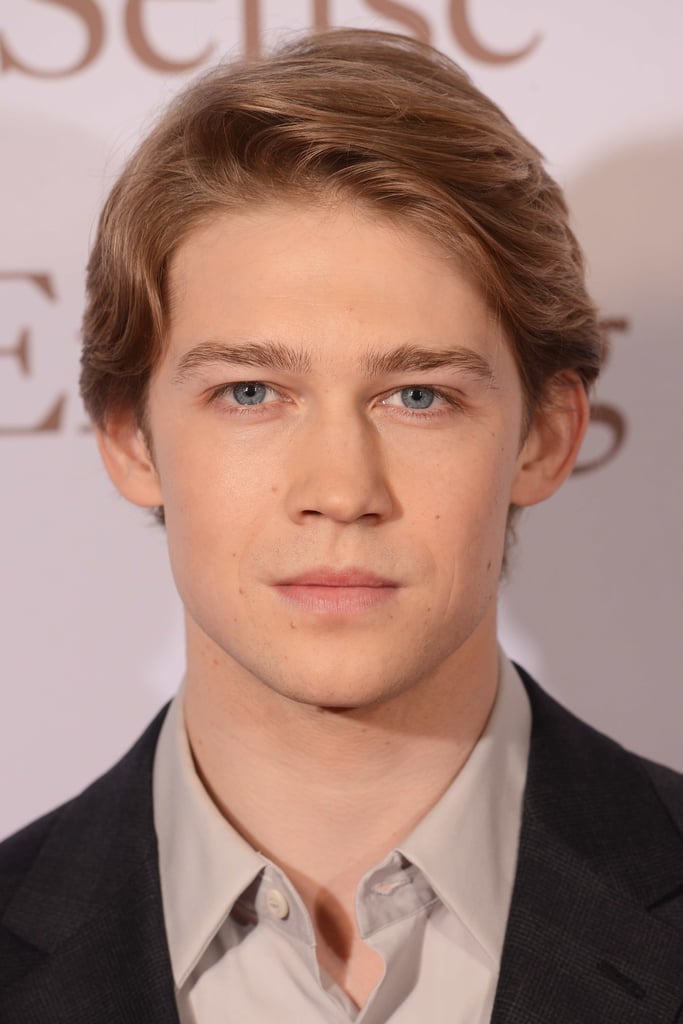 Taylor Swift's Boyfriend, Joe Alwyn, Definitely Has the "Ocean-Blue Eyes" She Sings About in "Gorgeous"

Taylor Swift has treated her fans to three singles off her upcoming album, Reputation, so far, and the internet has been having a field day when it comes to decoding her infamous hints and references in each one. The latest song, "Gorgeous," which Taylor dropped at midnight on Thursday, is no exception. With an '80s-inspired beat and a cameo of a baby saying "Gorgeous" at the beginning, Taylor sings about liking someone so much, she actually hates them. With their gorgeous face and "ocean-blue eyes," Taylor can't bring herself to talk to him and instead makes fun of him and ignores him because she can't stand how beautiful he is.

While it's been very clear who some of her past songs are about ("Look What You Made Me Do" was clearly a jab at Kanye West and Kim Kardashian), this one is up for a bit more debate. But one thing we do know is that Taylor's current boyfriend, British actor Joe Alwyn, has extremely beautiful blue eyes, so much so that you could definitely call them ocean-like. Maybe Tay is revealing that she was too scared to approach Joe before they started dating? Her ex, Tom Hiddleston, also has blue eyes, but we're kinda thinking a song about him might be a lot juicier. Keep reading to get totally lost in Joe's blue eyes.

Related:
Taylor Swift Spoke to My Soul, Until I Grew Up — and She Didn't
Previous Next Start Slideshow
Taylor SwiftCelebrity CouplesMusicJoe Alwyn