Jon Stewart bid an emotional farewell on the final episode of The Daily Show on Thursday. After 16 years, the show is coming to an end and he's moving on to his next chapter. Getting visibly choked up, he said, "I want to thank my wife, Tracey, and my kids, Nate and Maggie, for teaching me what joy looks like." He added that the whole moment felt surreal, saying, "It still feels like a dream a little bit." Finally, he decided not to say goodbye, noting that it's not an ending, but a pause in the conversation. "Rather than saying goodbye or goodnight," he said, "I'm just going to say, 'I'm going to go get a drink, and I'm sure I'll see you guys before I leave.'" Watch the moving moment above, then see Stephen Colbert's heartfelt goodbye to Jon.

Celebrity News
John Krasinski Teamed Up With Oprah, Steven Spielberg, and More For a Virtual Graduation
by Chanel Vargas 3 weeks ago 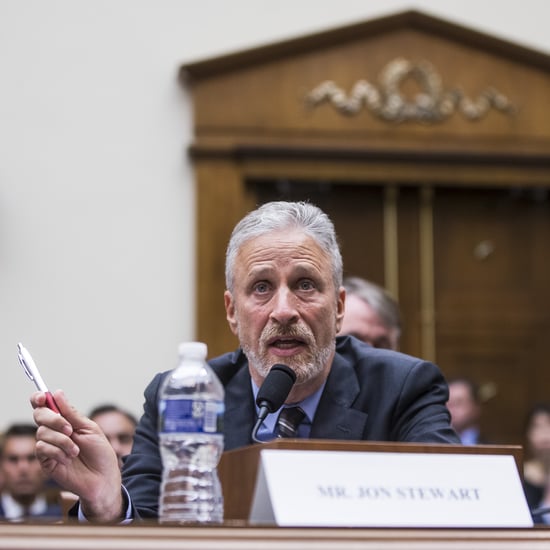