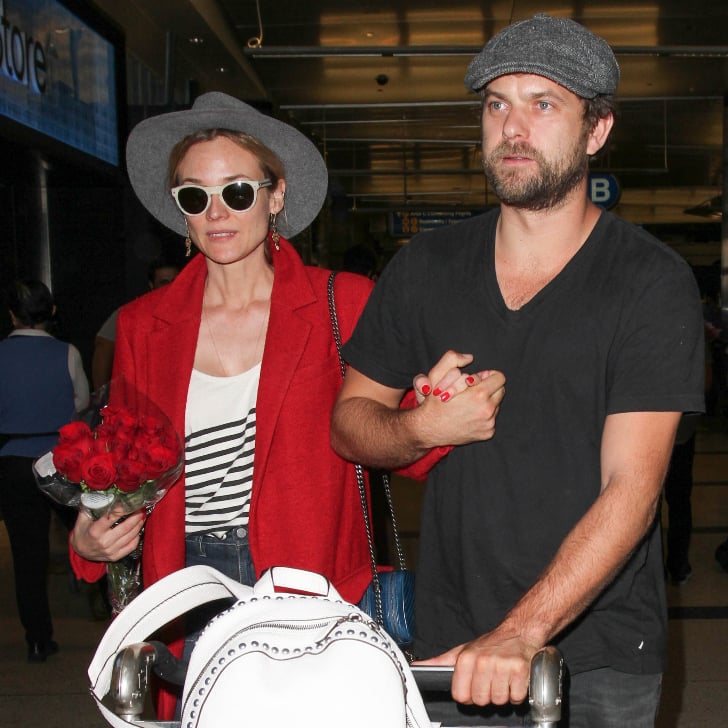 Joshua Jackson picked up Diane Kruger from LAX on Wednesday with a beautiful bouquet of red roses, proving once again that he is the world's most perfect man. Diane and Josh, who have been dating since 2006, seemed overjoyed to be back together and held hands as they made their way through the airport. Diane just returned from Paris where she was announced as the new ambassador for Martell Cognac liquor. Before traveling to the City of Light, Diane was busy filming The Infiltrator with Bryan Cranston, Benjamin Bratt, and John Leguizamo. Keep reading to see more of their sweet reunion, then check out why we think they're the cutest couple ever.