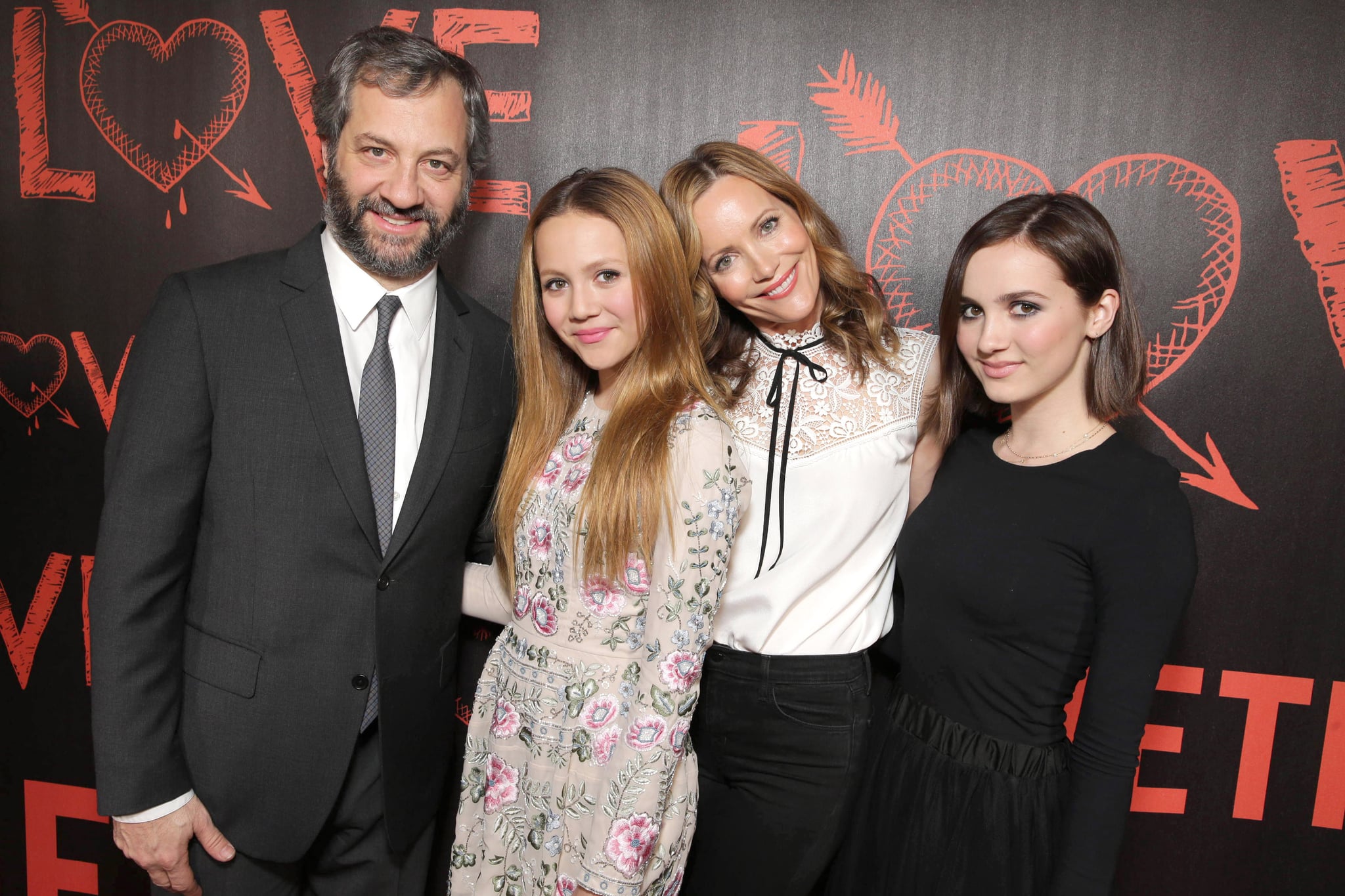 Judd Apatow hit the red carpet for the premiere of his new Netflix series Love in LA on Thursday night and was joined by his stunning wife, Leslie Mann, and their two daughters, 18-year-old Maude and 13-year-old Iris Apatow. While it's not the first time we've seen the family of four at a high-profile event together — they all attended the Rape Foundation's annual brunch in October, and Maude brought her dad as her date for the Sundance Film Festival screening of her movie Other People last month — their latest outing is more jaw-dropping than ever. Seriously, though, how gorgeous are those girls?

In addition to Judd's new project, Leslie is also celebrating her latest film, How to Be Single. She premiered the comedy alongside costars Dakota Johnson, Rebel Wilson, and Alison Brie on the red carpet in London this week, and she and Dakota made headlines when a video of them flirting with a reporter went viral. See more of Judd and Leslie's sweetest family snaps here.

Bindi Irwin
Bindi Irwin Re-Created a Sweet Moment From Her Parents' Pregnancy, and It's So Touching
by Yerin Kim 17 hours ago