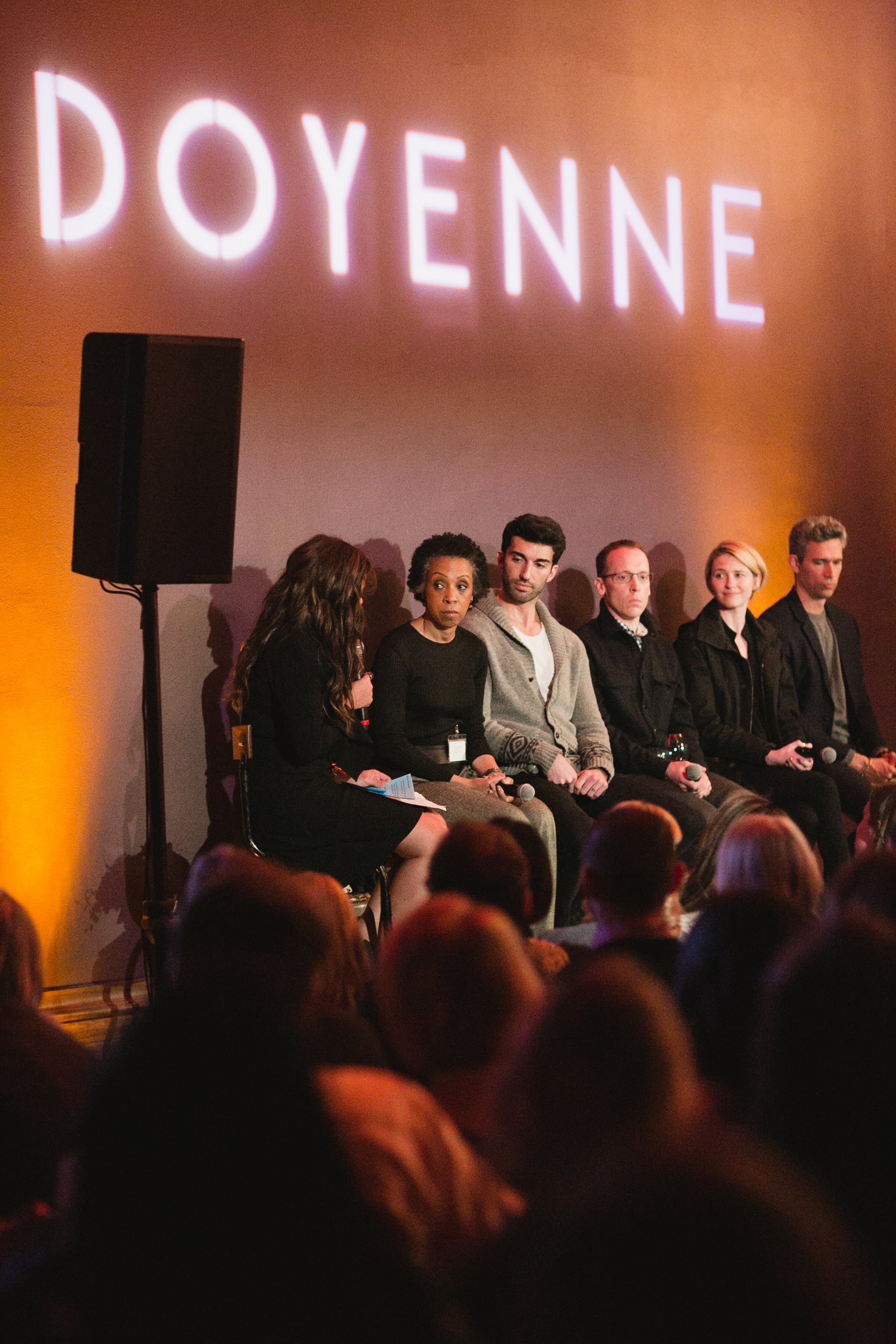 Justin Baldoni sounds like he's glowing on the other end of the phone when we talk on a Monday afternoon. The glow could be due to the just-announced season five renewal of Jane the Virgin, on which Justin stars in as the handsome father to Jane's son, Rafael Solano. (Justin can't confirm whether season five is also the show's final season; however, he did say Jane and Rafael are in a "really, really good place.") But alongside his professional success, he's also reveling in his personal life as a father and husband. He and wife Emily Baldoni welcomed their second child, Maxwell Roland-Samuel, in October 2017, giving their 2-year-old daughter Maiya a little brother and Justin more motivation as not just an actor, but as an activist.

Justin participated in a panel conversation on #MeToo at women's organization Doyenne's first Residency event in March. The panel, which invited activists of all professions to discuss the gender dynamics in the workplace, served Justin's mission of learning and educating men on what men can do to be better allies to women. The organization's co-founder Natacha Hildebrand praised Justin for bravely engaging in the discussion, saying it "gave us all hope for how we can move forward together." Though this is something Justin is passionate about, he can't emphasize enough how overdue this conversation is.

"Time's Up and Me Too and all these things are amazing, but they're not new. The problem is they're new to men."

The 34-year-old has been on a journey to explore the definition of masculinity and how it influences society's expectations of men, taking it upon himself to teach and learn about the beauty and drawbacks of the word "masculine." He gave a TED Talk called "Why I'm done trying to be 'man enough'" in January. He hosts his own web series Man Enough, a round-table conversation where Justin discusses masculinity with men of all professions. This exploration makes sense in our current climate, though it's worth noting that Baldoni has been publicly grappling with these issues for several years. While Justin believes men need to be allies to women now more than ever, he can't emphasize just how overdue the conversation of how men can be feminists is.

Related:
See How Much Gina Rodriguez Has Changed Since Her First Red Carpet

"Time's Up and Me Too and all these things are amazing, but they're not new," Justin tells POPSUGAR. "The problem is they're new to men." The problem is also privilege. Justin understands that issues like the wage gap and sexual harassment might not be common knowledge for some men because it more than likely doesn't affect them directly. According to Justin, while individual men might have not created the systematic oppression of women directly, they more than likely benefit from it because of their male privilege. While gender inequality is a day-to-day reality for women, many men never think to engage with the women in their lives about the struggles they may be experiencing. That's why Justin is asking men to learn from the best resources possible on the subject of gender equality: women.

"I think the best thing a man can do, honestly, right now, is to pick up a phone and call five of the closest women in his life and ask them an honest question and say: 'Hey, have I ever done anything that makes you feel this way?' or 'Have I said things than have been inappropriate?'" Justin explained. "If we're not aware of what we're doing — or of our unconscious bias — if we're not aware of these things, we can't fix them."

Like many men, Justin knows too well the sometimes toxic standards men are expected to meet. From being discouraged to share one's feelings to fear of being called weak for being a feminist, Justin's noticed that many men feel they are expected to fit a mold of what society thinks a masculine man should be like. His goal is to encourage men everywhere to talk more openly about themselves, whether that be their fears, hopes, insecurities, or anything else they've felt they've had to keep to themselves out of fear of being judged or possibly disappointing others. Sometimes that means parents changing the way they communicate with their children, especially their sons.

While Justin says he has no intention of telling parents how to raise their children (he is a father himself and therefore respects other parents' journeys), he does believe changes can be made early in childhood.

"I think it's important for parents, especially parents of boys, to encourage those boys to know that if they feel certain things, if they feel sad, if they feel hurt, if they want to hang out with other girls, it doesn't make them less of a boy," Justin said. "It makes them human."

The idea of making conversations as personal as they are political is something that hits home for Justin, and is also something he believes is important to highlight especially as men ease into their new roles as allies to women.

"I believe that most men are good men, and are doing the best that they can, and want to contribute to equality," Justin said. "I think we'll start to learn together this new language and kind of figure it out as we go."