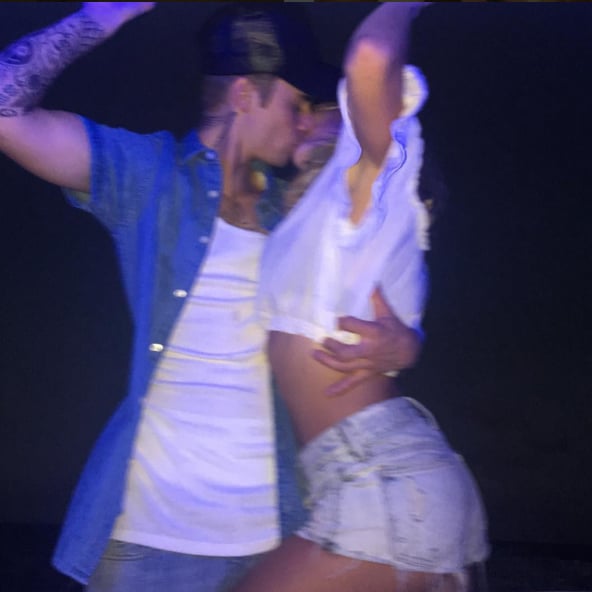 Are they or aren't they? Justin Bieber has been posting a collection of photos of him and his longtime friend Hailey Baldwin on vacation with his family, but his most recent snap is causing some serious stir. The singer took to Instagram on Sunday to share a few flirty pictures of the duo, including one of them engaged in a steamy makeout session. Could it be that Selena Gomez's recent rumored romance with Niall Horan is causing him to move on with someone else? While the pair have yet to officially confirm a romance, the photos pretty much speak for themselves. See the rest of the singer's getaway below, and then check out 24 of his best Instagram selfies.