Justin Timberlake and Jimmy Fallon continued bringing the laughs with yet another hilarious skit on The Tonight Show on Monday, but this time, they included a special guest: Will Ferrell. The three men starred in a funny video where they basically had a conversation without saying a single word. As a song played in the background, Justin and Jimmy stood in a room giving each other looks while Will watched them from afar. Watch the hilarious clip above, and for even more of Justin and Jimmy's antics, see their "Single Ladies" dance routine at the US Open, plus their sixth installment of History of Rap. 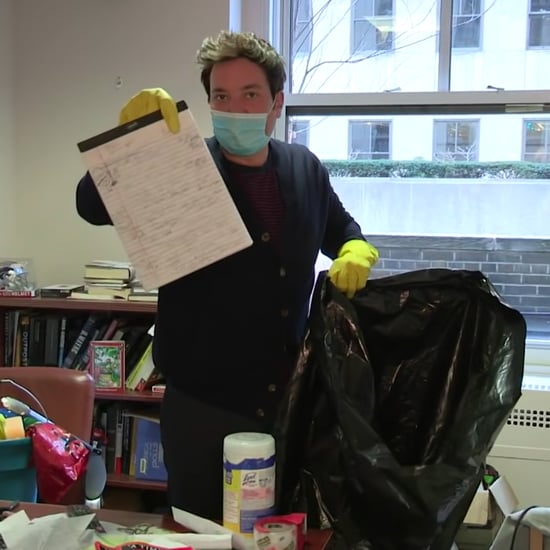 Anthony Mackie
Anthony Mackie Does His Best to Shut Down Captain America Rumors, but We're Not Fooled
by Grayson Gilcrease 6 days ago