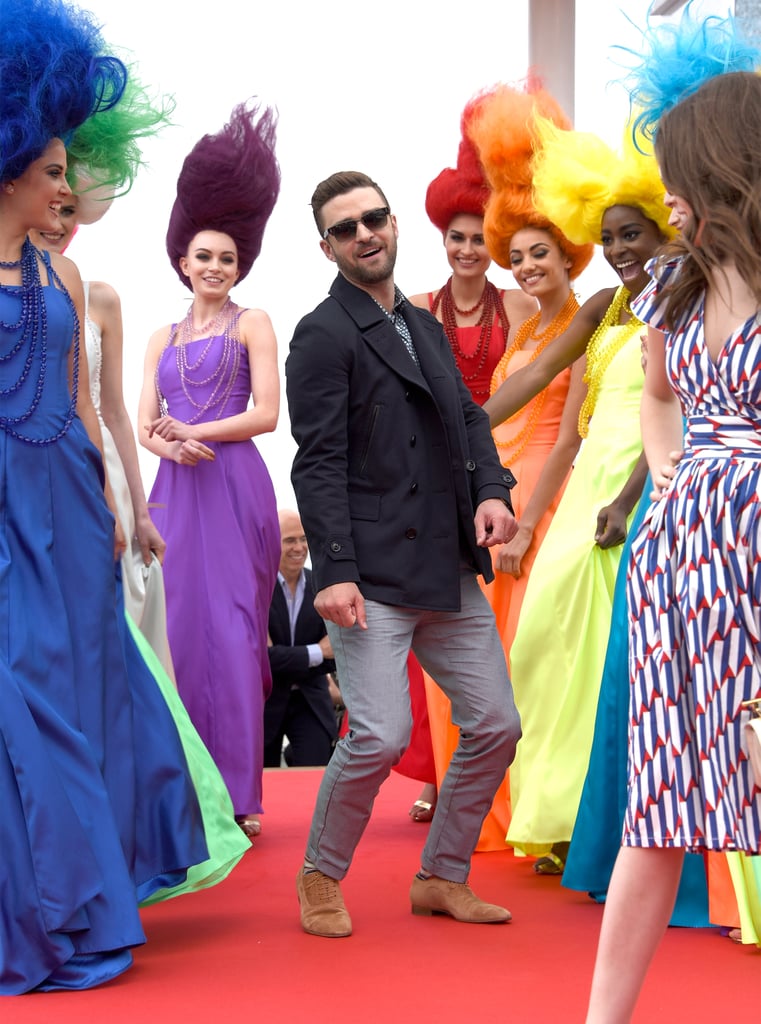 Justin Timberlake is really on a roll! The singer and actor hit the red carpet in style with Anna Kendrick at the photocall for their new animated film, Trolls, at the Cannes Film Festival on Wednesday. Justin was his usual, well, animated self as he posed for photos solo and with Anna and even stopped to bust a move with the group of women dressed as real-life Troll dolls. That day, the duo also performed a stunning cover of Cyndi Lauper's "True Colors" during a promotional event.

It's already been a busy week for Justin, who recently released the Summer jam "Can't Stop the Feeling" from the Trolls soundtrack and zipped overseas to help promote the flick. He popped up in London with Anna to attend the BAFTA Television Awards on Sunday, but still made time to wish his wife, Jessica Biel, a happy Mother's Day via social media. The next day, Justin visited the BBC Radio studios and played a hilarious game with Capital FM hosts, poking fun at his infamous "It's Gonna Be May" meme. Keep reading to see Justin's latest photos from Cannes!