For one brief moment, Kanye West was spotted laughing and enjoying himself, but he quickly turned his smile into a frown when he realized he was on camera. The rapper was back in his hometown, Chicago, watching the Bulls play the Cleveland Cavaliers, and in a Vine that's gone viral, he's seen chatting with former Bulls player Scottie Pippen, flashing a grin before putting on a straight face. During the game, Kanye also made his way on to the court to perform "All Day."

Although he wasn't with his wife, Kim Kardashian, on Mother's Day, he made his love for her known with some big, romantic gestures. Kim took to Instagram to say that Kanye had a string quartet play Sam Smith songs for her at a restaurant. Check out the viral Vine above, and since Kanye is among the nominees, cast your vote in our POP 100 poll to pick your favorite musician of the year! 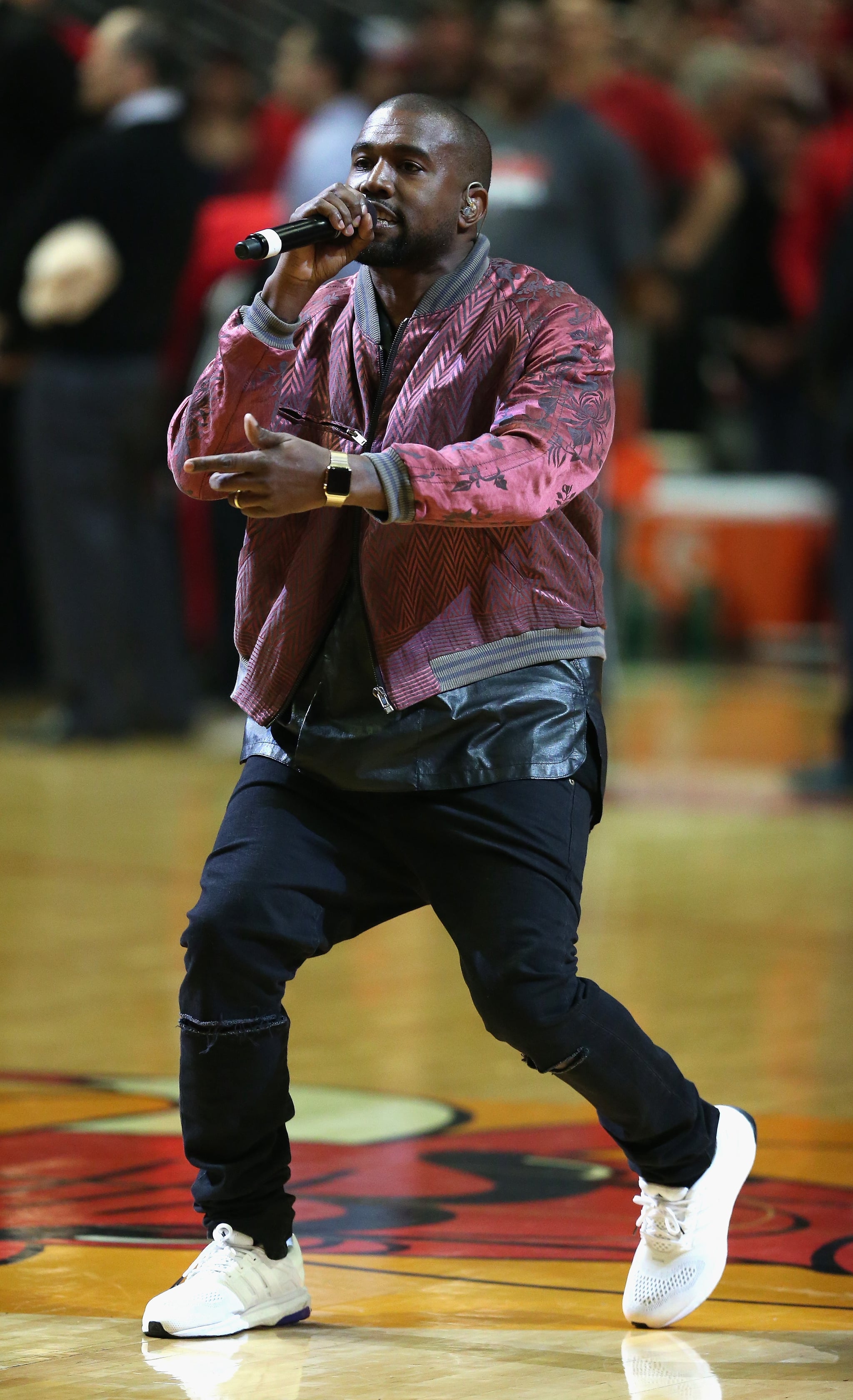