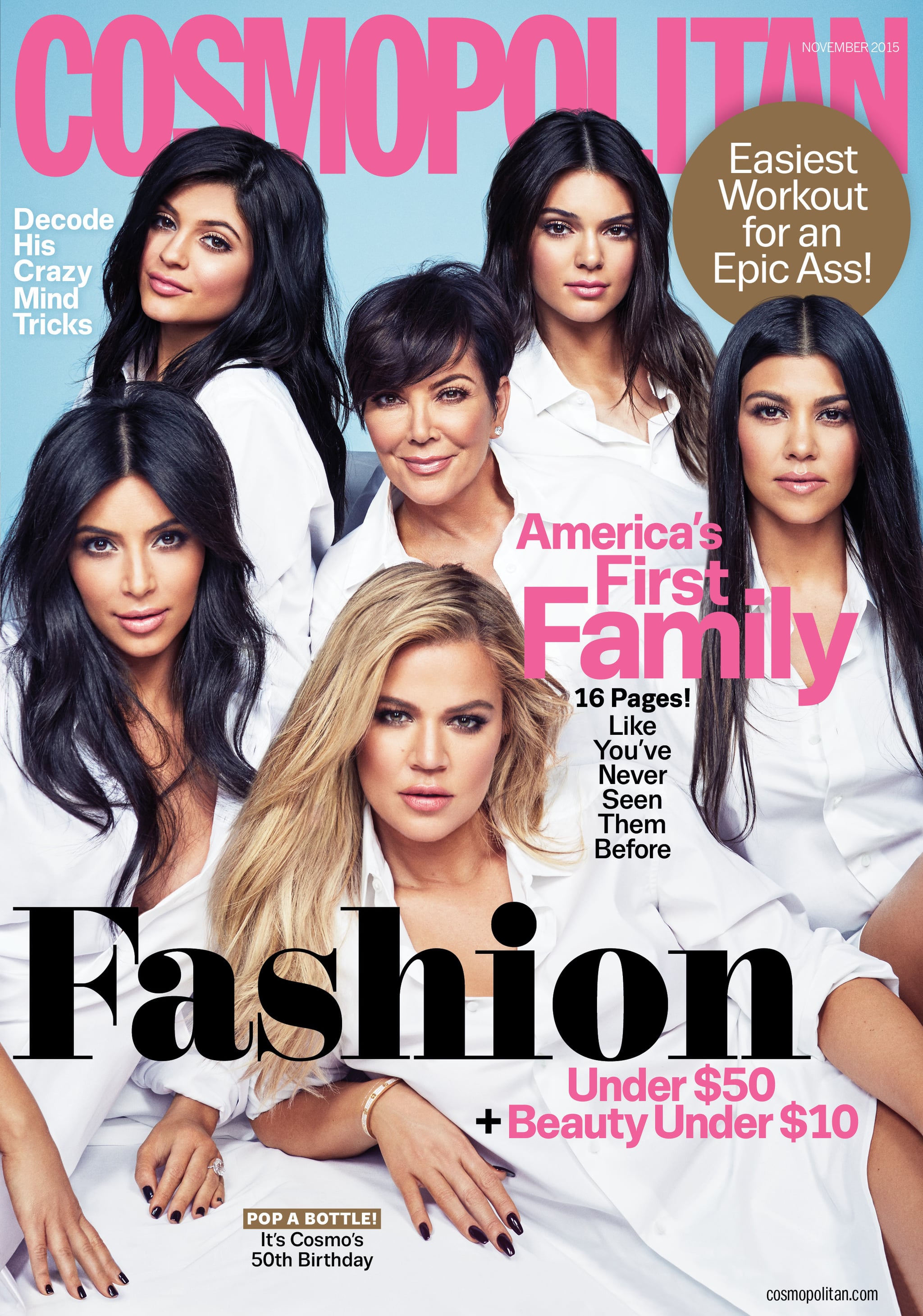 The Kardashian-Jenner women cover the November issue of Cosmopolitan, which is also a celebration of the magazine's 50th birthday, but it isn't the group photo that has everyone talking — it's the cover text. Kris, Kourtney, Kim, Khloé, Kendall, and Kylie grace the front wearing all white behind text calling them "America's first family." Soon after the photo was released, people were quick to share their two cents on social media, calling out whether or not they think the Kardashian-Jenners deserve the title. Check out the full feature on the famous family in Cosmopolitan, and in the meantime, weigh in below: do you think the Kardashian-Jenners deserve the title of "America's first family"?