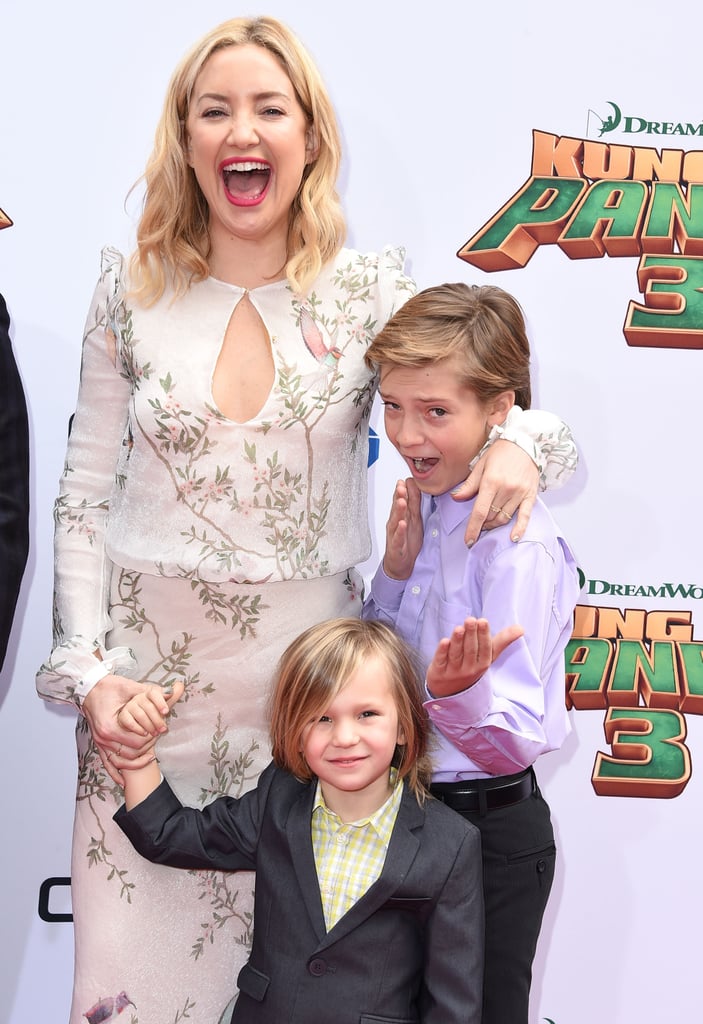 Kate Hudson was accompanied by her adorable sons, Ryder Robinson and Bingham Bellamy, at the LA premiere of her new film Kung Fu Panda 3 on Saturday afternoon. The actress, who stunned in a floor-length dress, struck poses on the red carpet with her two boys and later met up with costars Angelina Jolie, Lucy Liu, Bryan Cranston, and Jack Black, who also brought along his son Samuel Black. The actress welcomed her first child, Ryder, with ex-husband Chris Robinson in January 2004, and seven years later, she gave birth to her second son, Bingham, with her then-fiancé Matt Bellamy. Keep reading to see more of the family's supercute outing, and then check out Kate's sexy 2016 Campari calendar.