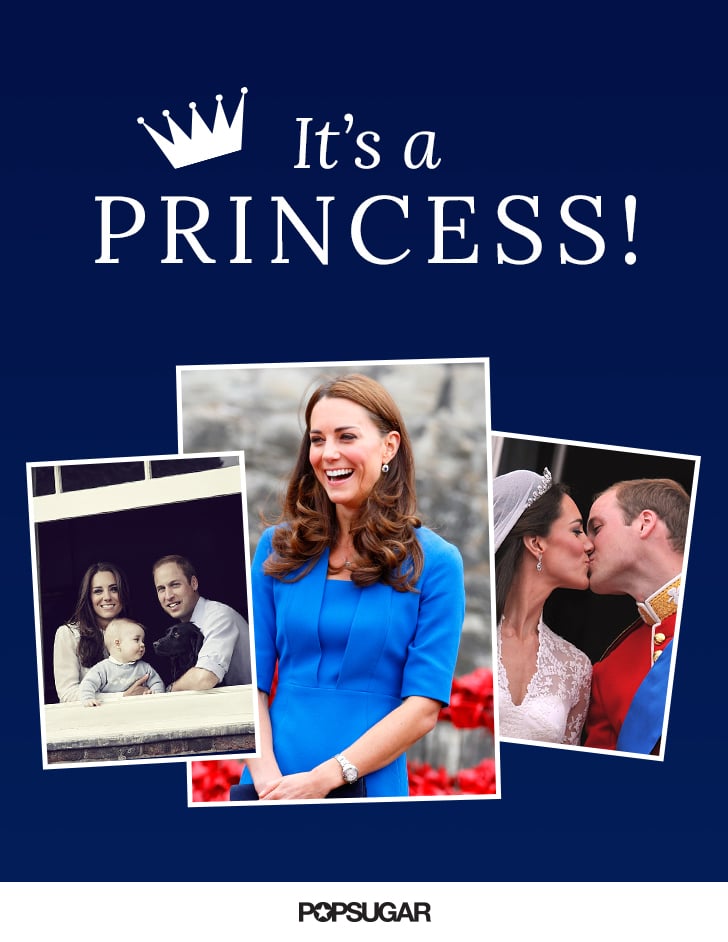 Prince George is officially an older brother! Kate Middleton has given birth to her second child with Prince William. After Kate's many pregnant appearances over the past several months and a long wait after her initial due date, the Duchess of Cambridge welcomed their daughter at 8:34 a.m. The baby weighed 8 lb. 3 oz., and Prince George met his baby sister just hours after she was born. As is customary, an easel was placed in front of Buckingham Palace with an official announcement of the baby's birth. To celebrate Will and Kate's new addition, take a look back at Prince George's first appearance, and then check out the evolution of Will and Kate's royal love!