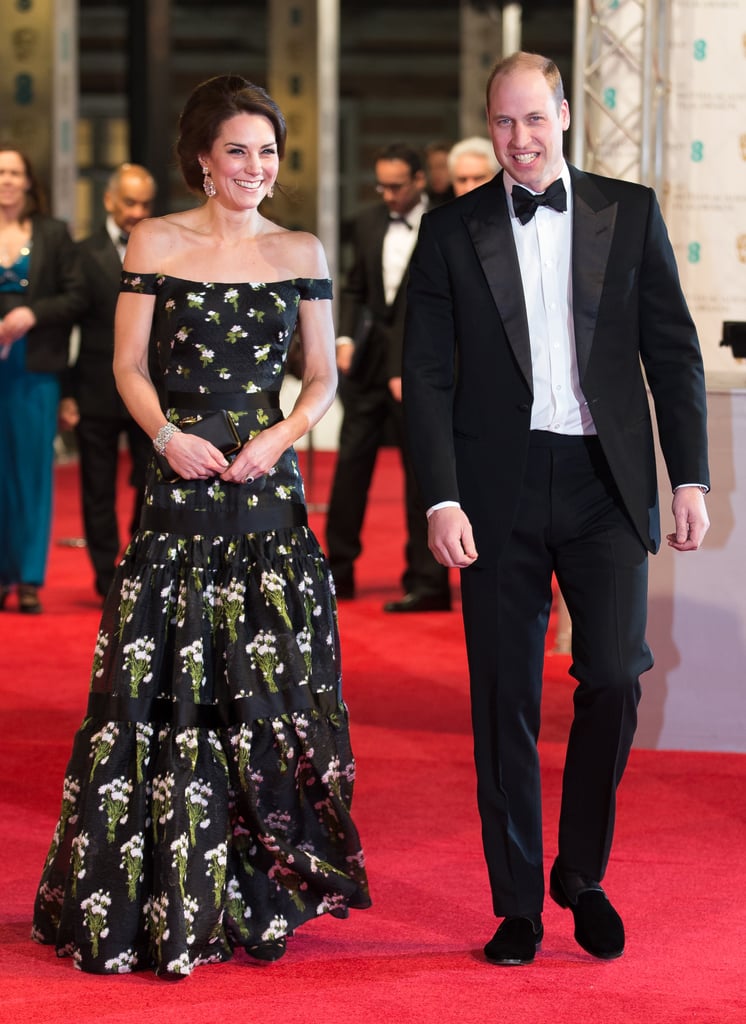 Kate Middleton and Prince William arrived in style for the BAFTA Awards in London on Sunday. The Duke and Duchess of Cambridge took the red carpet by storm. Kate stunned in an off-the-shoulder Alexander McQueen gown, while William looked sharp in a black suit and bow tie. The couple was all smiles as they headed inside and took their seats in the front row, and, despite being royalty, they managed to fit in pretty well among all the movie stars, including Naomie Harris, Nicole Kidman, Eddie Redmayne, and Andrew Garfield, who had a run-in with ex-girlfriend Emma Stone at a pre-BAFTAs bash earlier in the weekend. Kate and Will's glamorous night out comes after a whirlwind few weeks of charity events, including a day out with cute kids and a philanthropic foot race with Prince Harry.

Harrison Ford
Harrison Ford Congratulates Ke Huy Quan on His Oscar Nomination: "I'm So Happy For Him"
by Sabienna Bowman 7 hours ago