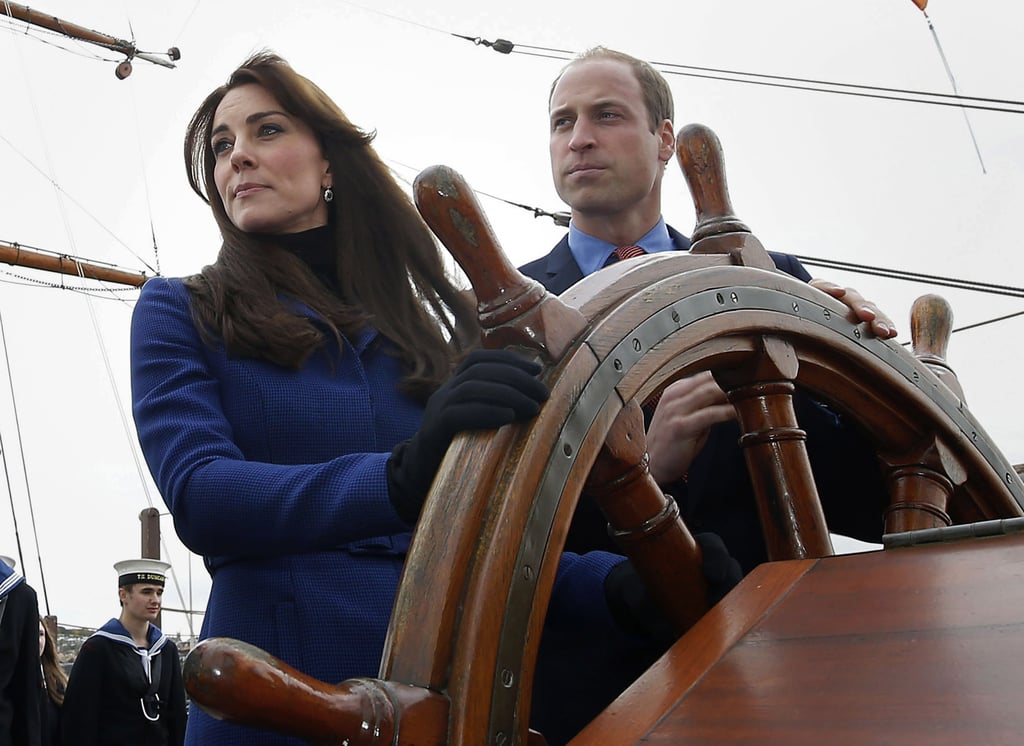 Kate Middleton and Prince William had an adorable outing in Dundee, Scotland, on Friday. The couple spent Thursday night visiting the University of St Andrews, which is where they first met as young students. On Friday morning, they visited Dundee Repertory Theatre, where they met with families who have been helped by mental health programs. Kate, who wore a gorgeous blue coat for the outing, was also spotted chatting with fans who had gathered outside the theater, and she shared how she really feels about Prince William riding his motorcycle.The couple continued their busy day with a trip to the original Royal Research Ship Discovery at Discovery Point, which made for quite the photo op as they took the wheel.

The outing is just the latest we've seen of the royal couple. After attending a lavish state banquet at Buckingham Palace earlier this week, Kate and Will stepped out in London with Chinese President Xi Jinping. Keep reading to see more of their day in Scotland, and then check out the year's best pictures of the royals — so far!

Previous Next Start Slideshow
The RoyalsKate MiddletonPrince William
Around The Web