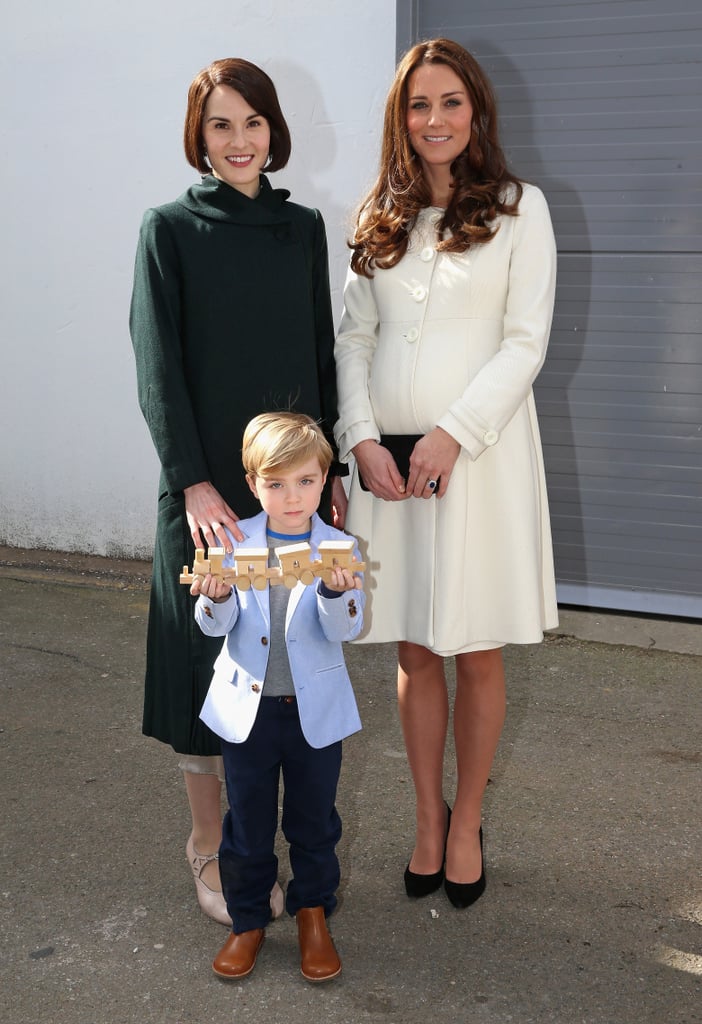 The Duchess of Cambridge was spotted on the set of Downton Abbey on Thursday morning, where she greeted fans and met the cast and crew. Kate, who wore a JoJo Maman Bébé maternity coat, arrived at Ealing Studios in West London and met the show's creator Julian Fellowes, later sharing an adorable moment with Oliver Barker. The tiny tot, who plays Master George on Downton Abbey, handed her a toy train for Prince George, and Kate responded with a sweet smile. She then had the chance to participate in fun set activities and joked with several cast members like Jim Carter, Robert James-Collier, and Phyllis Logan.

During her official visit, Kate was shown costumes from the show, appeared backstage in hair and makeup, and watched a live filming of a scene. She was also presented with a signed copy of a script and took a cute photo with Michelle Dockery (Lady Mary Crawley) before gathering for one big group photo with everyone from the cast. Kate has had quite the busy schedule this week with previous stops at Westminster Abbey and the Turner Contemporary Art Gallery. Keep reading to see more behind-the-scenes photos of Kate's visit to Downton Abbey.