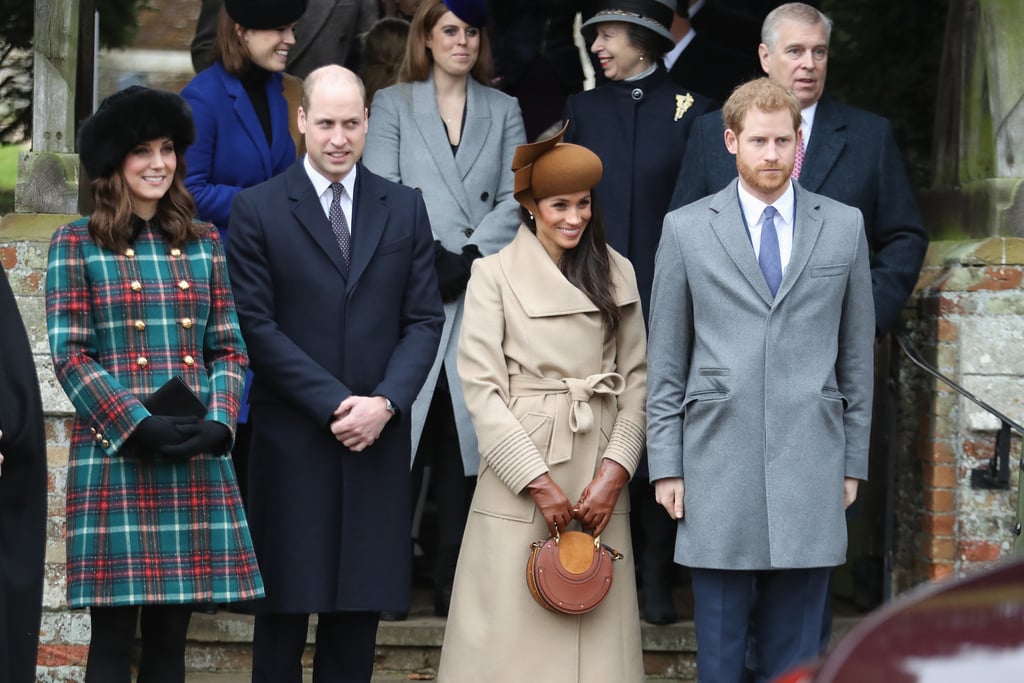 The royal fab four will be in full force on Christmas! While it was initially reported that Prince William and Kate Middleton would be spending the holidays with Kate's family in Bucklebury, People confirms that the couple will be spending Christmas with the rest of the royal family, including Prince Harry and Meghan Markle. Kate and Will are expected to stay with their children, Prince George, Princess Charlotte, and Prince Louis, at their home of Anmer Hall. While Meghan and Harry spent Christmas with the couple last year, details about where they are staying this year haven't been provided "at this stage." This perhaps might have to do with the fact that Meghan's mother, Doria Ragland, could be joining the royal family for Christmas.

News of the upcoming royal fab four reunion comes after reports that Harry and Meghan are distancing themselves from William and Kate. According to The Sunday Times, Prince William and Prince Harry are considering creating two separate offices at Kensington Palace to forge their own paths. Even so, the four royals have made a handful of memorable appearances together this year, and we're sure there will be plenty more when they celebrate Christmas with the queen at Sandringham.