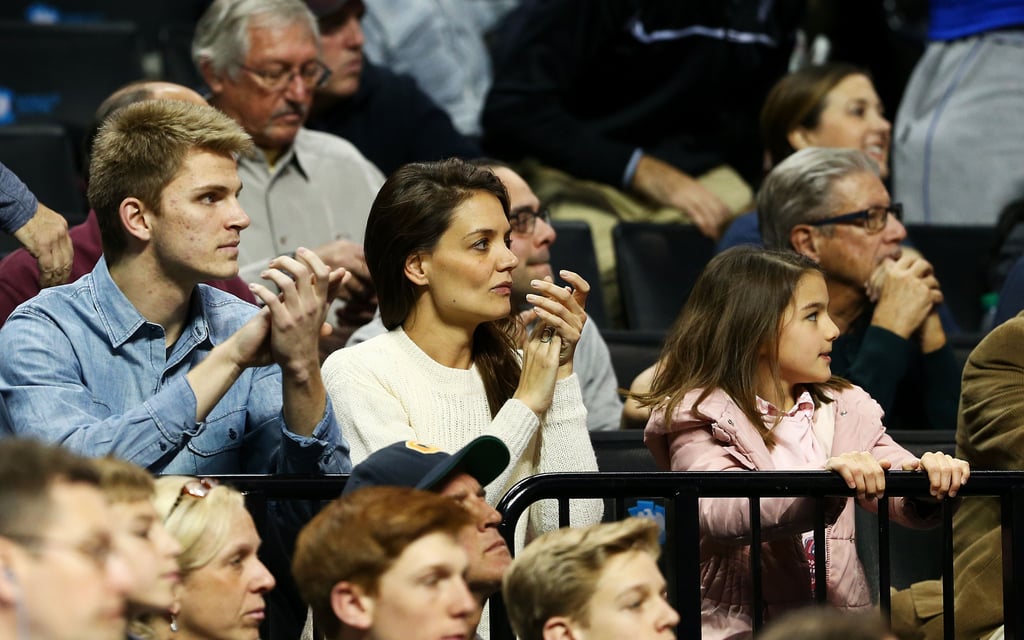 Katie Holmes and Suri Cruise made a rare appearance on Sunday when they caught the latest round of March Madness at the Barclays Center in Brooklyn, NY. The pair was spotted looking intense as they watched the Notre Dame Fighting Irish take on the Stephen F. Austin Lumberjacks. In addition to sporty outings with her daughter, the actress has been killing it with quite a few funny moments on the talk-show circuit lately. She also stunned on the red carpet at the premiere for her latest flick, Touched With Fire, in February. Katie and Suri have made a habit of having the coolest mother-daughter dates, from meeting Hillary and Chelsea Clinton to a VIP afternoon at the Global Citizen Festival, so keep reading to see photos from their latest!