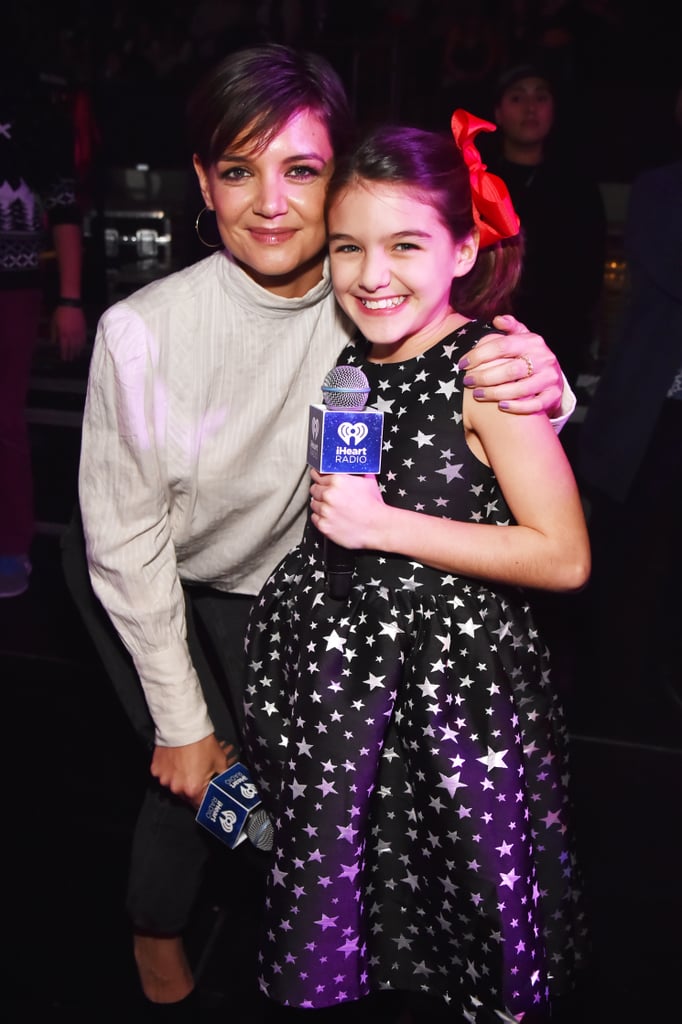 Katie Holmes brought her 11-year-old daughter, Suri Cruise, to Z100's Jingle Ball concert in NYC on Friday night. The mother-daughter duo smiled and held hands as they addressed the crowd on stage with radio personality Elvis Duran, and they posed for a cute photo backstage before checking out performances from Taylor Swift, Demi Lovato, Sam Smith, and Liam Payne. Katie kept things casual in a sweater and jeans, while Suri looked especially festive in a star-print dress and bright red bow.

One celebrity who wasn't in attendance at the show was Katie's boyfriend, Jamie Foxx; the two have been in a low-profile relationship since 2013, and while they have yet to make an official appearance as a couple, they were spotted walking hand in hand on the beach in September. Katie also stepped out to support her man at the opening of his NYC eyewear store just this week.

Meghan Trainor
Here's What We Know About Meghan Trainor and Daryl Sabara's Son — Plus His Cutest Photos!
by Alessia Santoro 11 hours ago