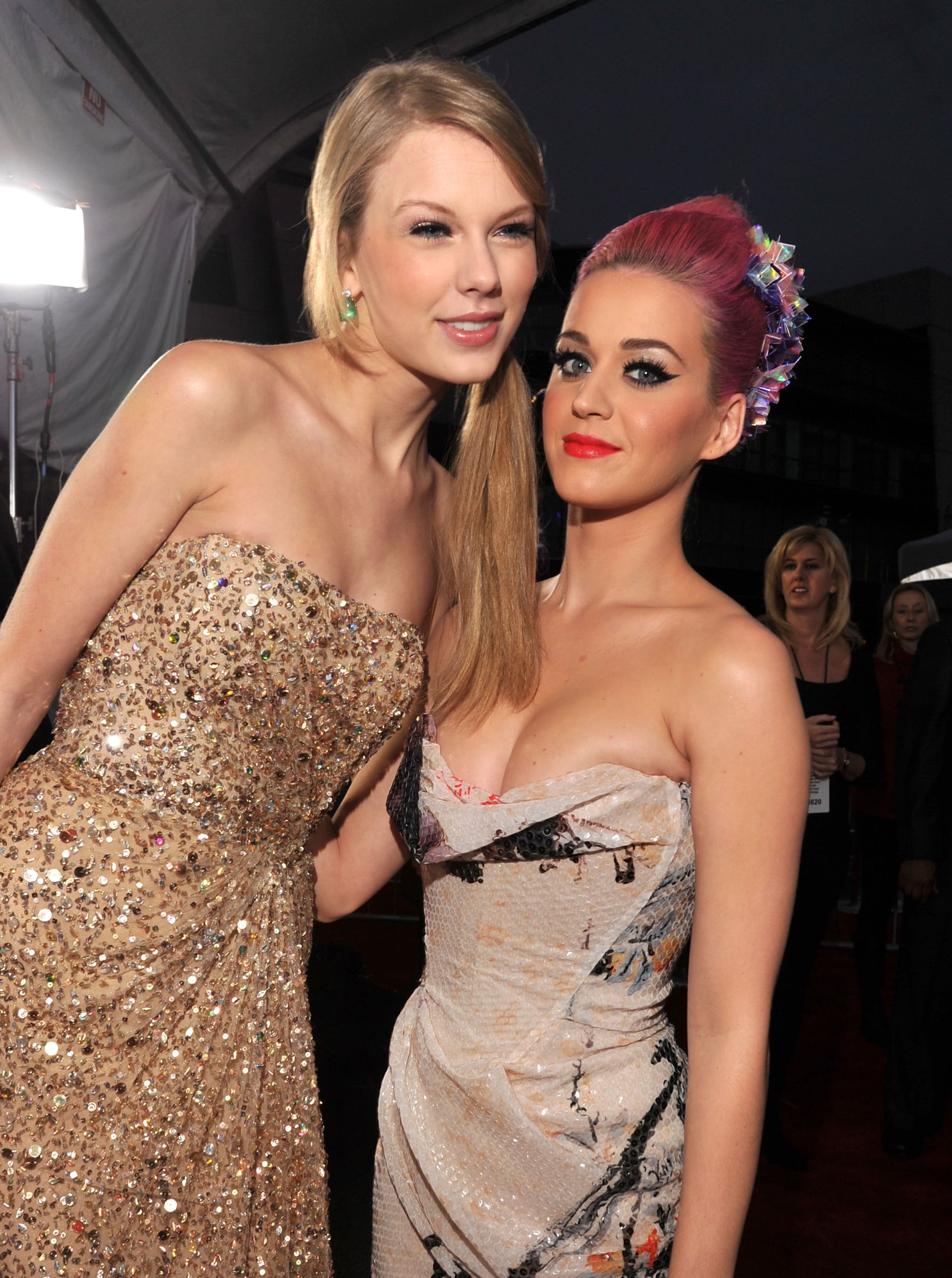 Taylor Swift sent the rumor mill into overdrive on Monday when she revealed in an interview with Rolling Stone that her new song, "Bad Blood," is about another female pop star. Taylor said at the time, "For years, I was never sure if we were friends or not. She would come up to me at award shows and say something and walk away, and I would think, 'Are we friends, or did she just give me the harshest insult of my life?' [Then last year] she did something so horrible. I was like, 'Oh, we're just straight-up enemies.'" Taylor went on to reveal that the unnamed star tried to "sabotage" her arena tour by hiring people from out of Taylor's own tour. She admitted, "So now I have to avoid her. It's awkward and I don't like it."

Naturally, Internet sleuths immediately starting looking into Taylor's claims and discovered that three of Taylor's backup dancers had left her in the middle of her tour to go work for Katy. What's more, fans claimed that Taylor had made a subtle dig at Katy when she invited Sara Bareilles to sing "Brave" during her tour right when Katy was being accused of plagiarizing "Brave" for her hit "Roar." Taylor refused to name the "Bad Blood" artist, but she also didn't deny that Katy was the enemy in question once the theory was put out there. Katy, in turn, posted a cryptic tweet after the interview came out, writing, "Watch out for the Regina George in sheep's clothing . . ."

Watch out for the Regina George in sheep's clothing...