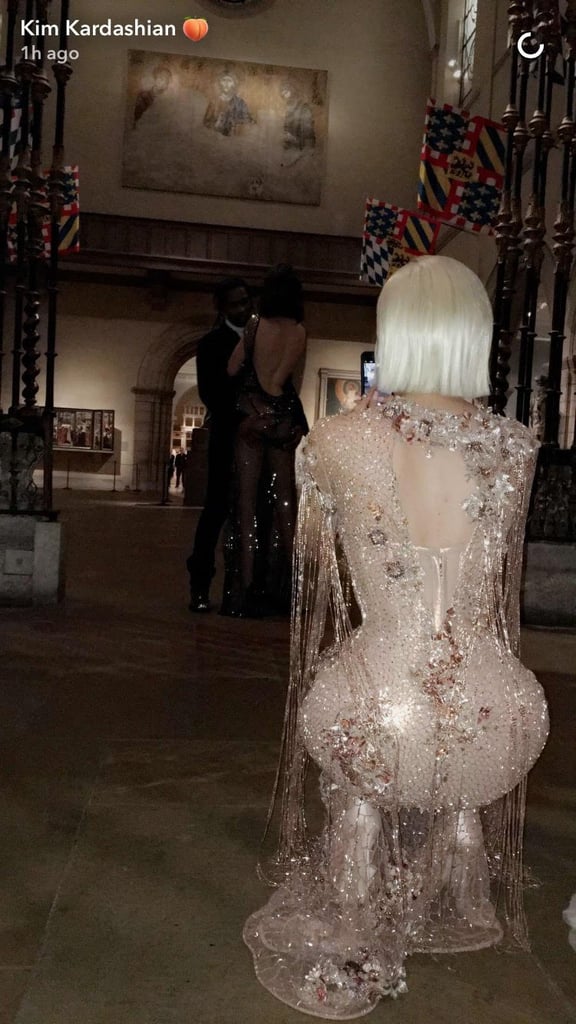 All the attention was on Kendall Jenner at the Met Gala on Monday night thanks to her revealing naked dress, but she only had eyes for rumored boyfriend A$AP Rocky. Although the rapper walked the red carpet with Gwyneth Paltrow rather than the Pepsi fan, one of Kim Kardashian's Snapchats from the night gave her followers an intimate glimpse into their potential romance. A$AP can be seen holding onto Kendall's butt while she adjusts his tie, as Kylie Jenner dutifully captures a photo of the moment.

Earlier in the night the pair was seen hugging and laughing as they made their way into the exhibit and looked pretty cozy in the bathroom selfie Kylie shared on Instagram. Kendall and A$AP first sparked dating rumors in February 2016 when he attended one of her events for PacSun, with a source telling Us Weekly that their relationship "is the real deal." Although Kim's Snapchat is about as close as Kendall herself has come to confirming the rumors, they were also spotted out in Paris together. Sure seems like something is going on!

Adele
Adele and Rich Paul Are "Very Happy" in Love — See Their Cutest Moments!
by Monica Sisavat 6 hours ago