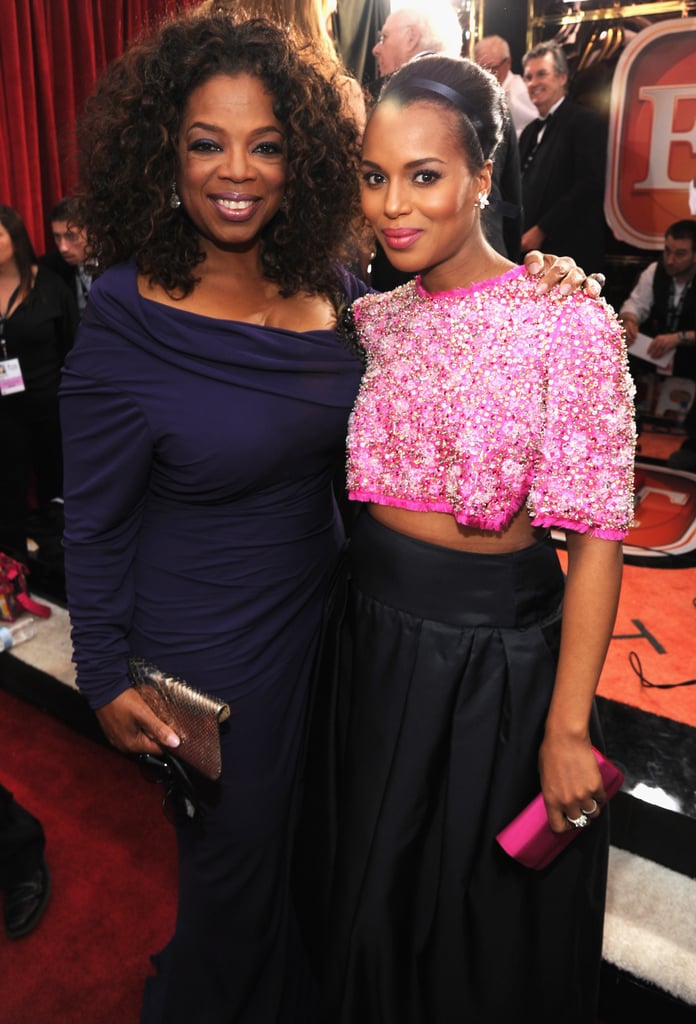 Kerry Washington had her growing baby bump on display at the SAG Awards in LA on Saturday. The Scandal star, who is nominated for outstanding performance by a female actor in a drama series, was the epitome of "glowing mom-to-be" in a cropped, custom Prada dress. She got a chance on the red carpet to meet up with fellow nominee Oprah Winfrey and share a laugh. Kerry will go up against Claire Danes and Jessica Lange in the category tonight, but win or lose, the actress's year is already off to a great start. In addition to the success of her breakout role as Olivia Pope on the hit ABC series, she seems truly over the moon about the impending birth of her first child with husband Nnamdi Asomugha. We got to see Kerry in all her glory at the Golden Globes earlier this month, where she called her belly "the best date of the night." See all of the photos from Kerry's night at the SAG Awards, and make sure to vote for her look in our fashion and beauty polls!

Dua Lipa
Perhaps You Noticed Dua Lipa's Pearl Orb Choker Necklace? Everyone on TikTok Did Too
by Sarah Wasilak 11 hours ago

Maisie Williams
Maisie Williams Bleached Her Eyebrows, Just When We Thought She Couldn't Get Any Cooler
by Jessica Harrington 1 day ago