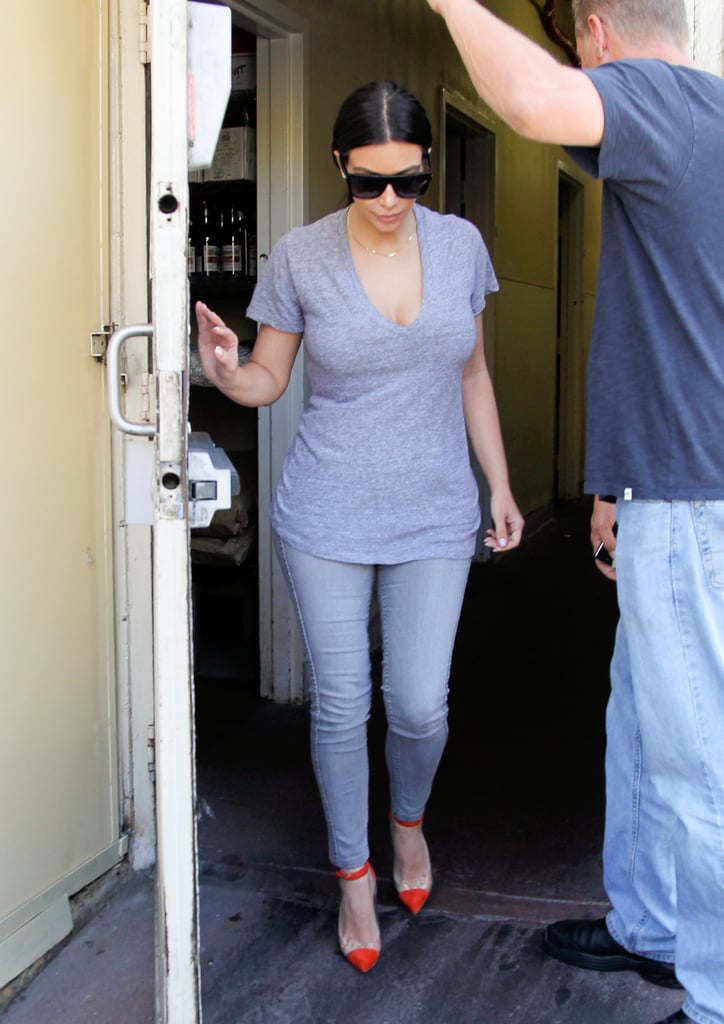 Kim Kardashian stepped out solo again on Thursday in LA, but she may have company again soon. Though she came back from her honeymoon on Monday without husband Kanye West by her side, he's back home now after a quick trip to NYC. Kris Jenner spilled the news during an appearance on the Today show on Thursday, saying, "Yesterday morning I was walking out the door to catch a plane at 4 o'clock in the morning, and Kanye was rolling in from New York." The couple is still living with Kris while their mansion is being renovated, which the proud grandma loves. She said it's "been amazing watching North grow up" in her home and that Kim and Kanye have "this little girl wrapped around their fingers."

In addition to sharing a daughter, Kim and Kanye now share a last name. Kim changed her name to Kim Kardashian West and debuted her new signature on their honeymoon in Prague. She shared a snap of a signed plate on her website, excitedly captioning it, "This is the 1st time I signed West!!"

Keeping Up With The Kardashians
How Well Do You Know the Most Quotable Family Ever? Try This KUWTK Quiz to See
by Hedy Phillips 4 weeks ago

by Maggie Ryan 41 minutes ago