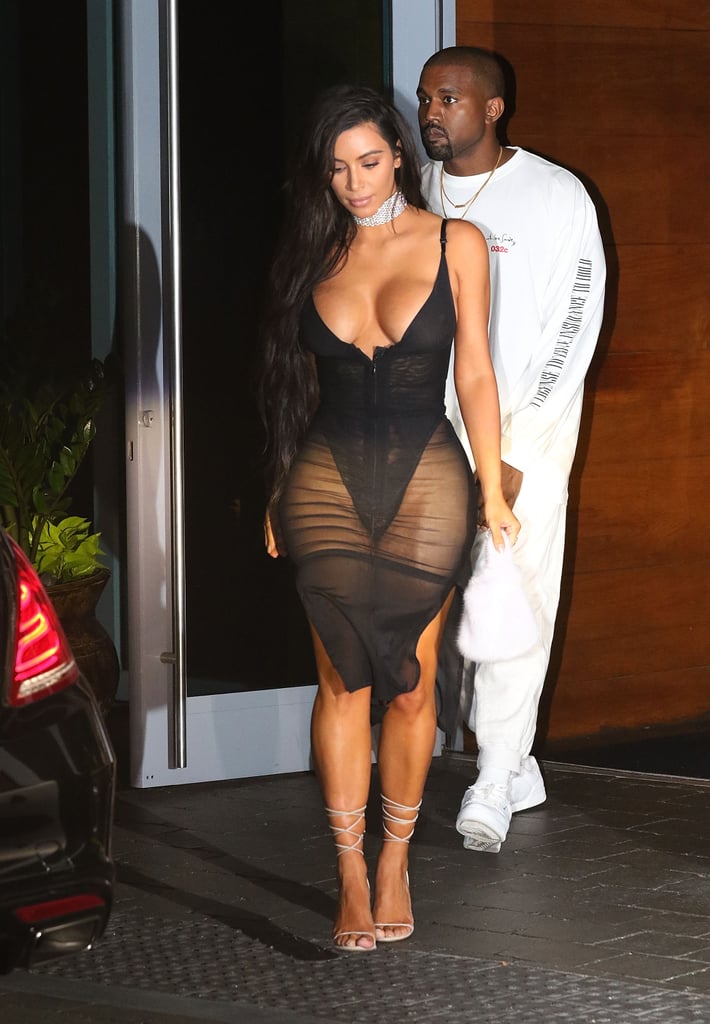 After showing off her famous curves while out and about in Miami on Thursday, Kim Kardashian was at it again with yet another pair of sexy outings. On Friday, the reality TV star was spotted heading to American Airlines Arena with husband Kanye West for his Saint Pablo concert. Kim, of course, left very little to the imagination in an armor-inspired sheer top, which she paired with a mini sequin wrap skirt, while Kanye looked crisp and clean in an all-white ensemble. Kourtney was also seen leaving her hotel in a form-fitting black dress, complete with a pair of thigh-high black boots. The couple, along with Kourtney, joined sister Khloé and pals Gabrielle Union and Adrienne Bosh at the event, and the following day, Kim stepped out in a low-cut, sheer black dress complete with a diamond choker.

Naturally, Kim took to Snapchat to document both of her nights. In a series of snaps, Kim shared all the fun she was having, posing in the audience with her sisters and hanging out with her friends, including Jonathan Cheban and Larsa Pippen. Following each show, the crew headed backstage to celebrate with Kanye.