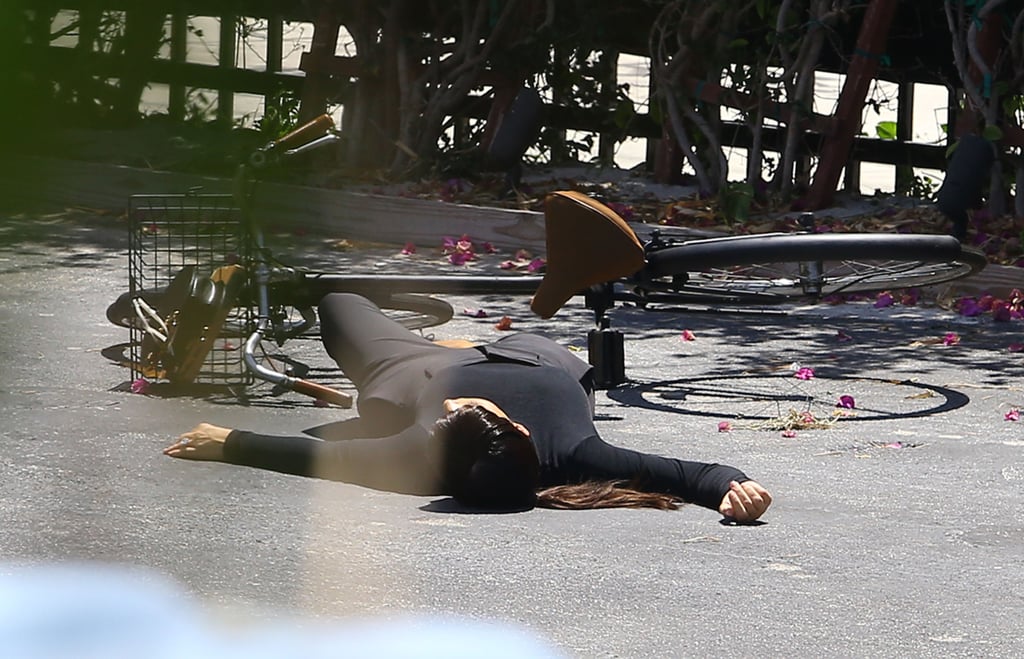 Kim Kardashian sported short bangs as she participated in a photo shoot in Miami Beach, FL, on Tuesday. She donned black flats, capris, and a black turtleneck — an outfit that looked strikingly similar to Audrey Hepburn's classic ensemble. During the shoot, Kim rode around on a bike, toting a basket that was filled with energy drinks. She was all smiles until the end of filming, which had her laid out on the ground next to her bike.

Kim's showing no signs of slowing down these days, since she was with Kanye in Paris just yesterday. The duo held hands as they walked around the city together, though Kim traded her fiancé for Balmain's creative director, Olivier Rousteing, for a visit to Chateau Louis XIV. The stop caused speculation that Kim was scouting the castle as a potential location for her May 24 wedding to Kanye. Kim's been all over the map in the past month. Before Paris, she was in Thailand with her family, where she slipped into a bikini for another photo shoot and tried to take a selfie with an elephant. Before that, she and Kanye stopped in NYC for a dinner date with Anna Wintour.