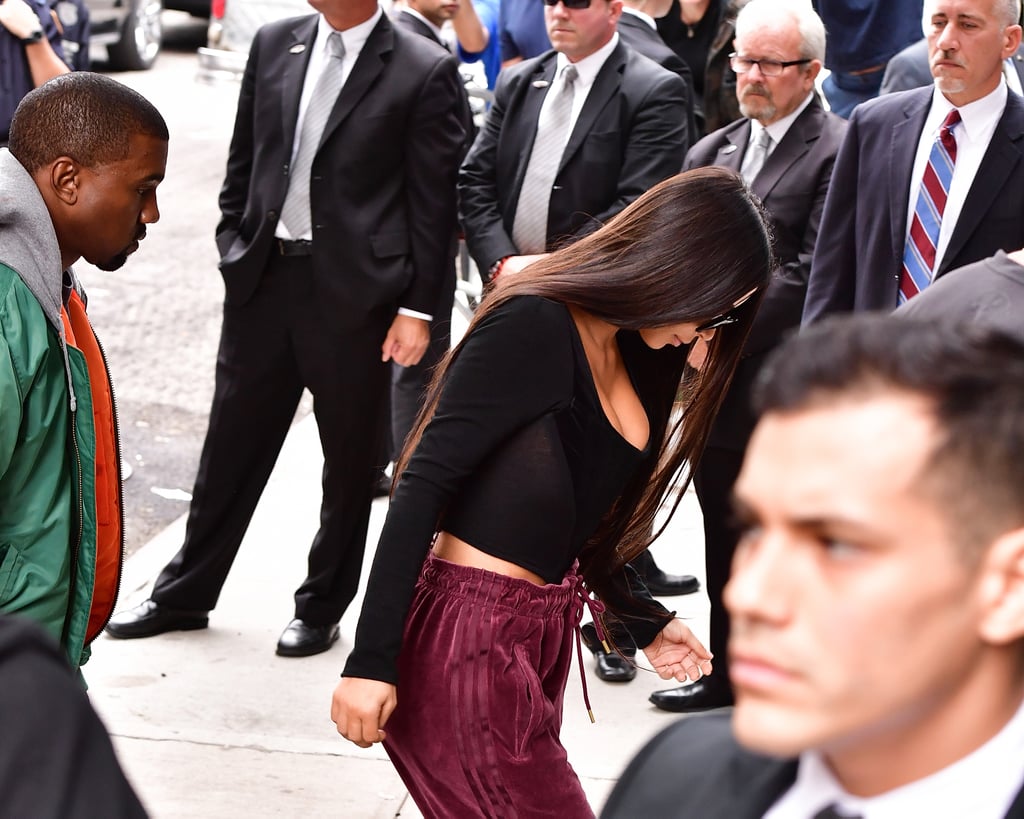 After Kim Kardashian was robbed at gunpoint in her Paris hotel room on Sunday, she returned safely to the US and was reunited with her husband, Kanye West. The couple were spotted in New York City on Monday as they made their way into their Manhattan apartment building. Kim, who appeared to try to keep a low profile by keeping her sunglasses on and head down, was noticeably missing her wedding ring. It has been reported that the thieves, who reportedly bound and gagged the reality star before putting her in the bathtub, stole $10 million worth of jewelry, including one of her massive diamond rings. Kim's mom, Kris Jenner, was also spotted heading into the apartment building. While the entire ordeal is horrifying, we're glad she's back with her family.