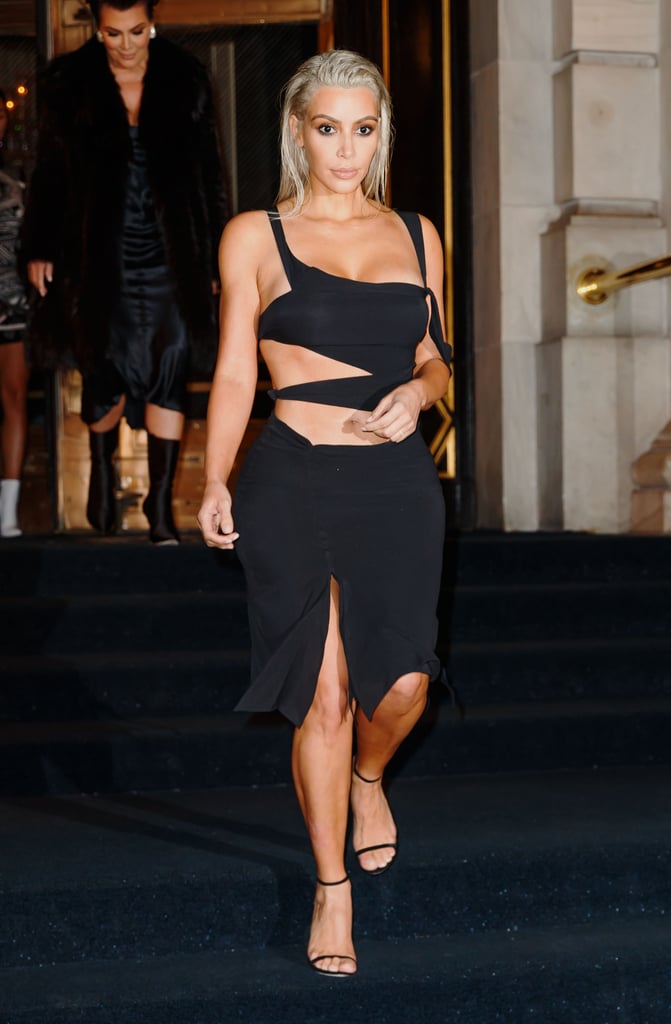 Just a few hours after news broke that Kim Kardashian is expecting her third child with Kanye West via surrogate, she made — what else — a very sexy appearance at New York Fashion Week on Wednesday. The Keeping Up with the Kardashians star, who is already mom to North and Saint, flaunted her new platinum blond hair and infamous curves as she slipped into a black latex dress for the Tom Ford show. The following night, Kim hit the town again, only this time she flashed a lot more skin in a sexy cutout dress.

While Kim and Kanye haven't officially commented on the exciting news, an insider told People that they are "over the moon" about expanding their family. "Given her health scares in the past, Kim felt the need to hire a surrogacy agency that helped serve as the liaison in finding a healthy woman who would be a great surrogate option for her and Kanye." Their new addition, which is reportedly a baby girl, is due in January!

Related:
Every Single One of Kim Kardashian's NSFW Instagram Photos That Made Your Heart Beat Faster
Previous Next Start Slideshow
Kim KardashianRed CarpetNew York Fashion Week
Around The Web