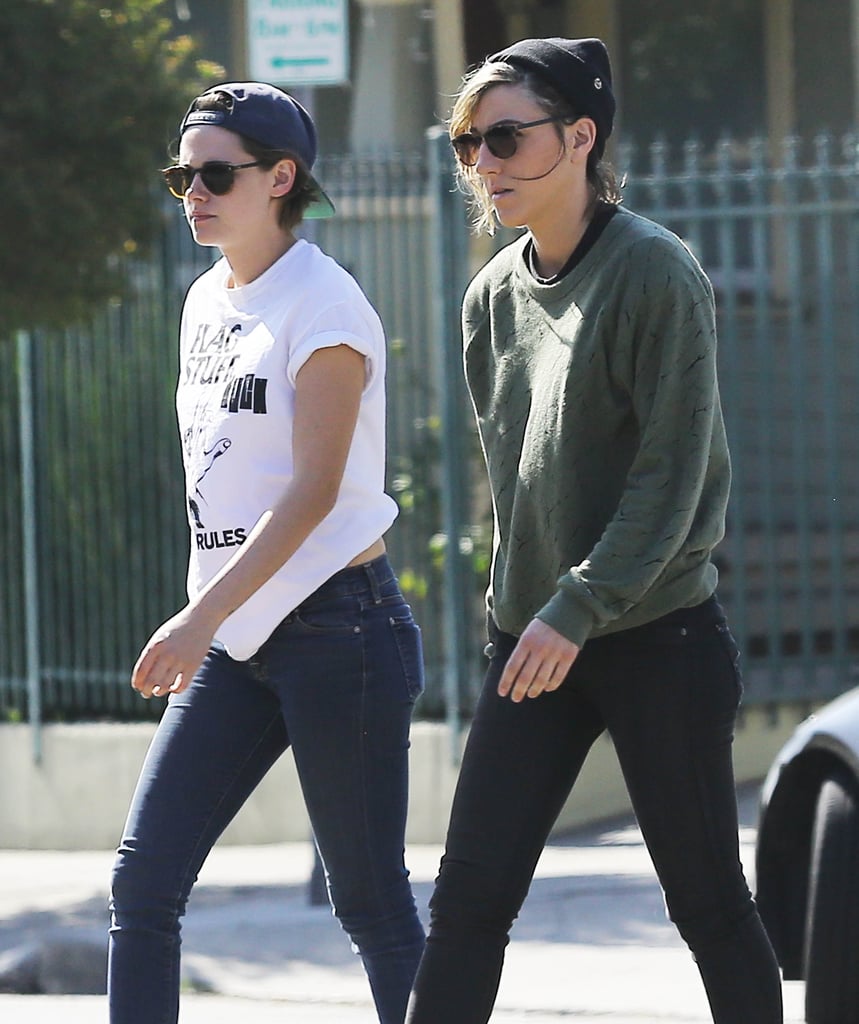 The Grammy Awards may have taken over LA this past weekend, but Kristen Stewart and Alicia Cargile managed to avoid the spectacle. On Sunday, the duo went on a stroll in LA's Los Feliz neighborhood and stopped by a local market. While Kristen wore blue jeans and a t-shirt, Alicia went with dark pants and covered up in a sweatshirt. The outing comes a few days after Kristen and Alicia showed sweet PDA while returning home from a quick trip. One week before, the pair went on a double date with Kristen's former Twilight costar Taylor Lautner and actress Katherine Hughes.