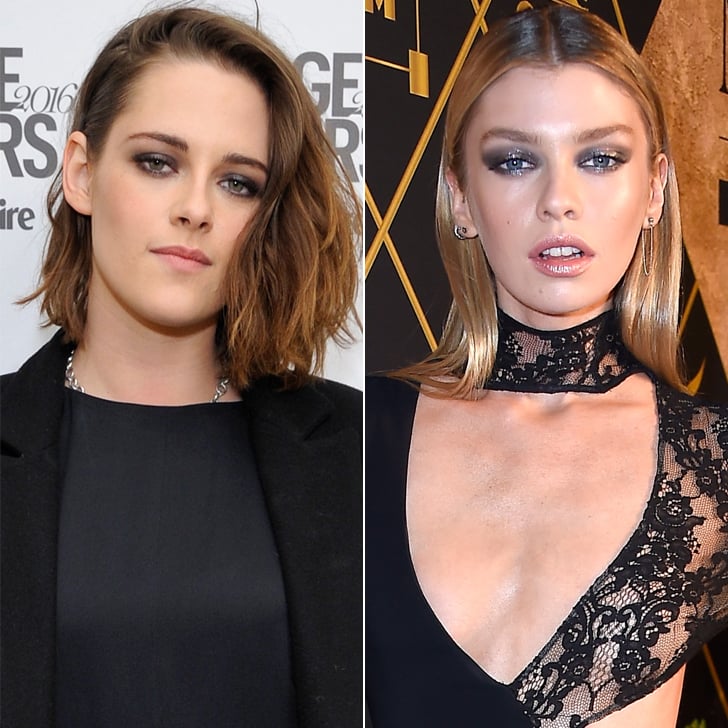 Kristen Stewart and Stella Maxwell are reportedly an item. A source confirmed the couple's relationship status to People this week after the pair were spotted hanging out in Savannah, GA, where Kristen is filming her new movie. According to another source, Kristen and the Victoria's Secret model are "having fun," and "when Kristen filmed in Savannah, she spent several days together with Stella, who came to visit her. She was with Kristen on the set most days." The insider revealed that "Kristen also seemed very happy with Stella around. They weren't affectionate, but definitely acted very friendly and like they had the best time hanging out. Stella seems very easy going. She is always very smiley and has a cute personality." While it's unclear when Kristen and St. Vincent broke things off, Kristen and Stella were first seen together at the Met Gala earlier this year.