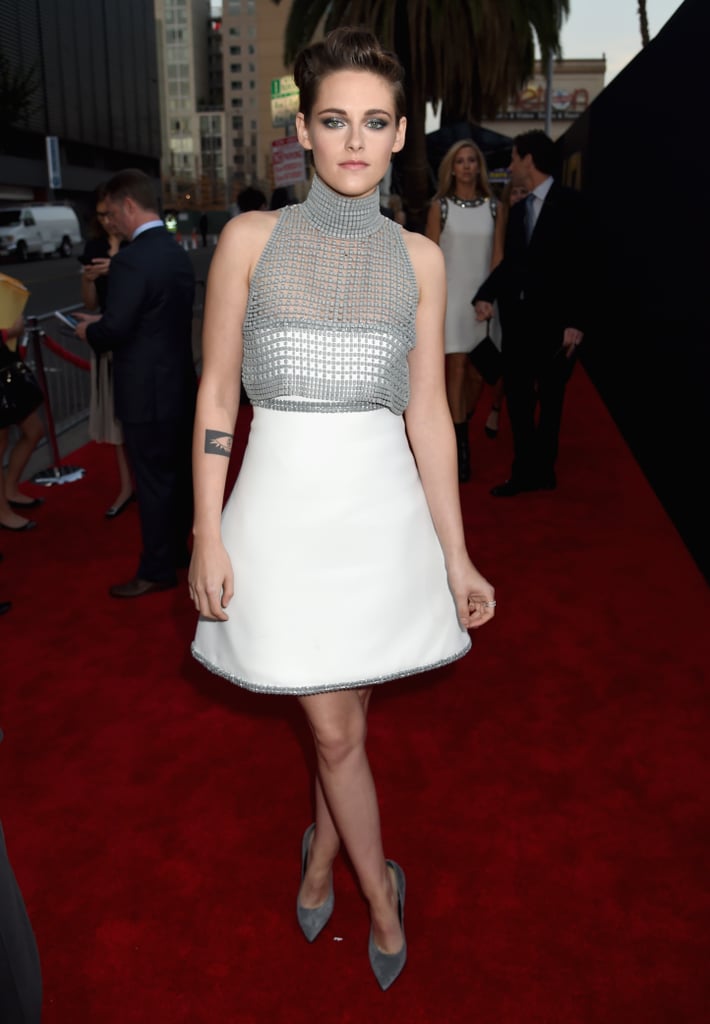 Kristen Stewart made her way down the red carpet at the Hollywood Film Awards in LA on Friday. The actress wore a silver frock and gave her signature semismirk while posing for photos. Kristen has been staying close to home on the West Coast lately after spending time in NYC while promoting two of her latest films, Camp X-Ray and Clouds of Sils Maria. She returned to LA just in time for the AFI Fest on Wednesday, where she linked up with her Still Alice costar Julianne Moore for a special screening and Q&A for the film. Before getting dolled up for the red carpet that night, she was spotted taking a laid-back stroll with her friend Lindsey Byrnes. Scroll through for more pictures of Kristen at the HFAs!