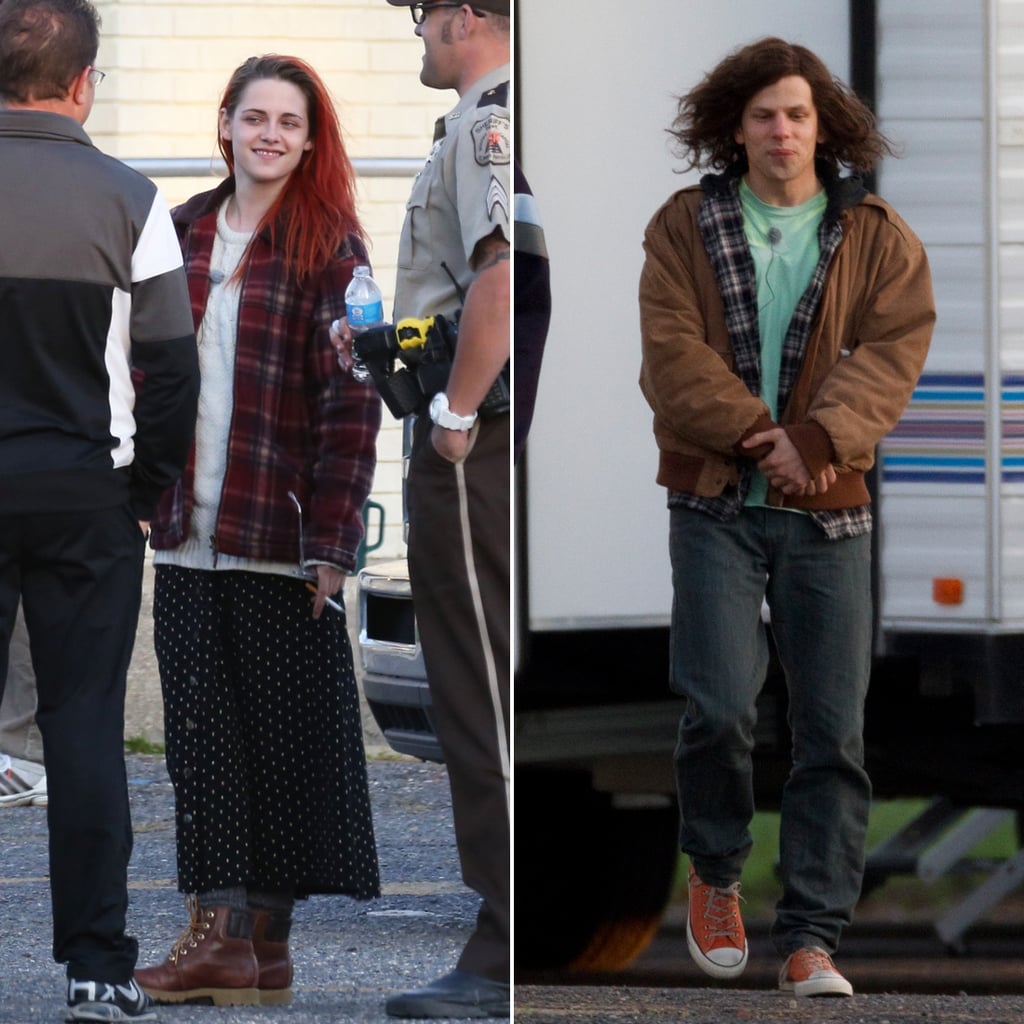 Kristen Stewart Gets Into Slacker Mode

Kristen Stewart and Jesse Eisenberg got into some serious grunge duds when they headed to work for their new film, American Ultra, in New Orleans on Tuesday. Jesse wore a long wig and orange converse while redheaded Kristen sported a '90s-appropriate ensemble, which included a long polka-dot skirt, hiking boots, and a plaid fleece jacket. Jesse plays a "stoner slacker" whose small-town life with his girlfriend, played by Kristen, is turned upside down when he's thrust into a covert government operation. The project also stars Sharon Stone, Bill Pullman, and Topher Grace.

Kristen was back to work after celebrating her 24th birthday last week in NOLA with a group of friends, including Jesse. She spent the day chilling at a park with a group of friends (and some playful pups) and later headed to a dinner. She has been on the move over the past few months as she divided her time between LA and NYC while she filmed Still Alice and Anesthesia in the Big Apple.

Previous Next Start Slideshow
Kristen StewartJesse EisenbergStars On The Set

Disney
Here's Your First Look at Halle Bailey as Ariel — Complete With the Mermaid Tail!
by Monica Sisavat 1 week ago
Harry Styles
We're Not at All Jealous of These Pics of Emma Corrin and Harry Styles Filming My Policeman
by Grayson Gilcrease 5/12
Hulu
Lily James and Sebastian Stan Re-Create Pamela and Tommy's Surprise Wedding in Set Photos
by Kelsie Gibson 1 week ago
Nicole Kidman
Nicole Kidman and Javier Bardem Get Into Character on the Set of Being the Ricardos Film
by Kelsie Gibson 4/29
Dove Cameron
The Powerpuff Girls Are Ready to Save the Day in the First Look at the Live-Action Reboot
by Chanel Vargas 4/07