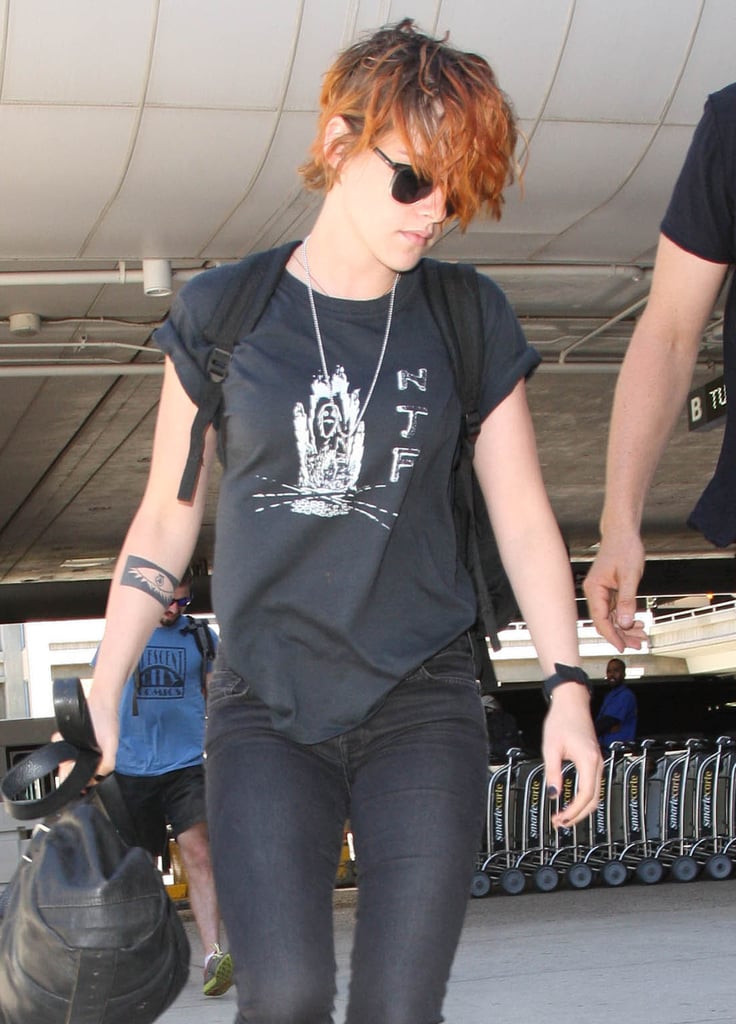 Kristen Stewart continued her busy travels with a flight out of LAX on Thursday. The actress showed off her new short haircut again while walking around the airport, which her stylist revealed was a last-minute decision made just two hours before she debuted it at the Chanel Haute Couture show a few weeks ago. Kristen has been all over the world in the past few months, flying to NYC for the Met Gala and then to France for the Cannes Film Festival in May, with trips home to LA in between. And her haircut isn't the only reason Kristen has been turning heads recently — she also dressed up in drag with Anne Hathaway and Brie Larson for a music video and showed off her sexy side in the new Clouds of Sils Maria trailer this month.