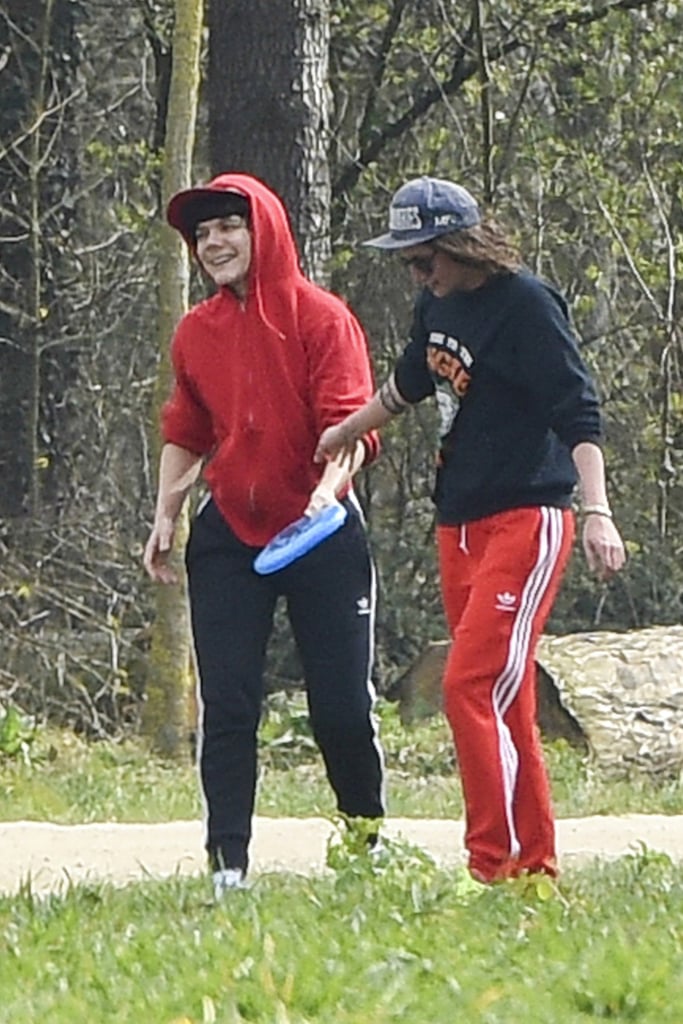 Kristen Stewart was spotted playing Frisbee with her rumored girlfriend Soko in a Paris park on Sunday. Kristen and the French musician, whose real name is Stéphanie Sokolinski, sported matching Adidas track pants as they ran around on the grass with friends and a dog, and things seemed to get pretty heated during the game; at one point, Kristen pretended to shoulder-check her new love, but they were later seen to be hugging and laughing.

It appears that Kristen jetted off to Paris to visit Soko over the weekend, as the two were spotted strolling through the Charles de Gaulle Airport on Sunday. Soko adorably greeted Kristen with a bouquet of flowers, and the pair smiled and stayed close while making their way through the terminal. The day after their cute park date, Kristen and Soko were seen holding hands during a low-key outing in the city.

Though neither Soko or Kristen have confirmed their relationship, the singer has been sharing Instagram snaps that could allude to their romance — and while Kristen was linked to her Equals costar Nicholas Hoult recently, she addressed fluid sexuality in a Nylon interview last year, saying, "I think in three or four years, there are going to be a whole lot more people who don't think it's necessary to figure out if you're gay or straight. It's like, just do your thing." And on confirming her sexual preferences, Kristen quipped: "Google me, I'm not hiding." Keep reading to see the latest photos of Kristen and Soko.

Adele
Adele Says She's "Obsessed With" Rich Paul: "I've Never Been in Love Like This"
by Joely Chilcott 4 days ago