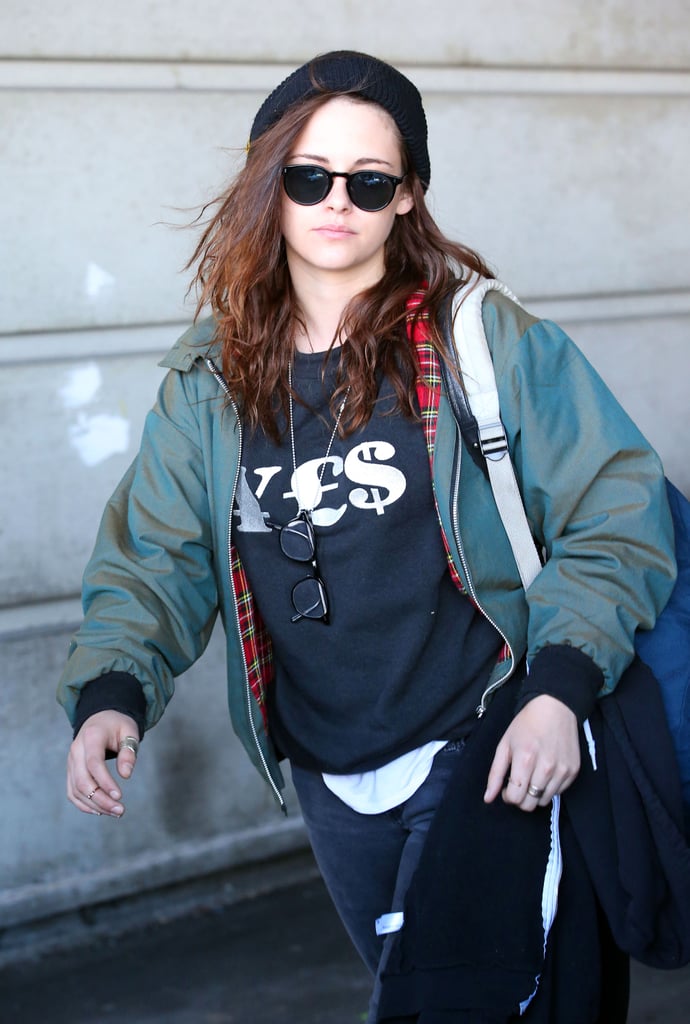 When it comes to spending hours on long flights, Kristen Stewart is clearly all about keeping her ensembles comfy and casual. The actress changed sweatshirts during a long flight from LA to Paris on Monday. She arrived at LAX on Sunday while wearing a gray number before changing into a black sweatshirt when she touched down in the City of Light. After landing in France, she headed straight to a Chanel store where she changed, once again, and popped out with a black Chanel handbag hanging from her shoulder.

Kristen looked fresh-faced with minimal makeup during the whole trip — just the way she likes it! In a recent interview with POPSUGAR, Kristen dished details about her beauty routine, saying: "I am pretty plain and not too concerned with makeup and stuff. I dress really practically, so when I do red carpet things, I like to go extreme on the other side of it." The actress has kept a low profile in LA while she gears up for new roles. According to reports, Kristen is set to star in new indie drama Still Alice with Julianne Moore. Keep scrolling to see Kristen's latest photos!