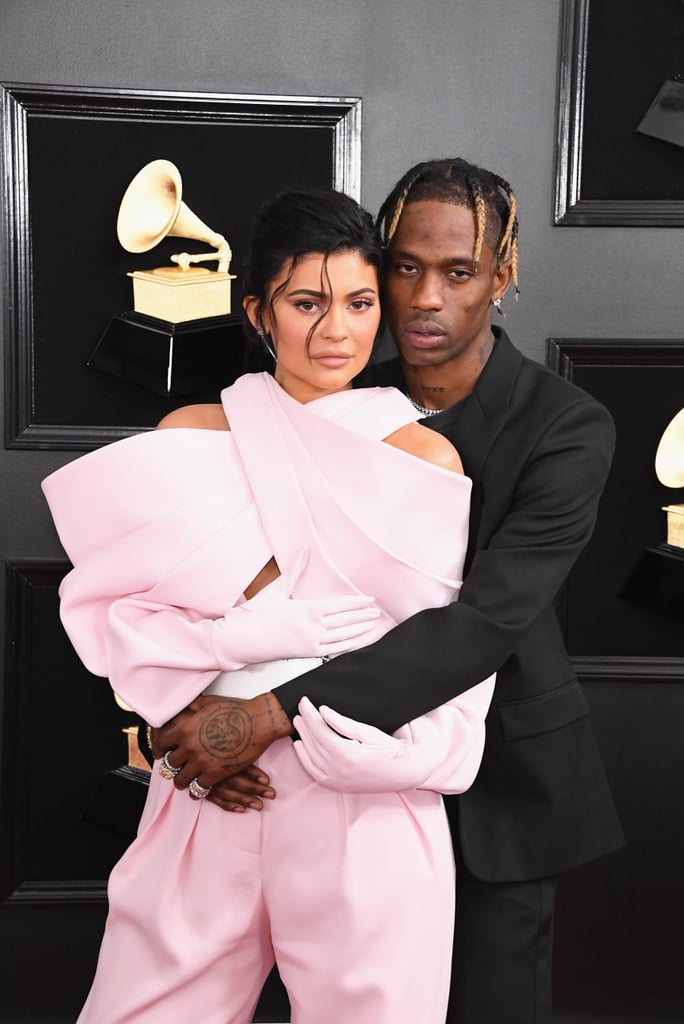 Kylie Jenner and Travis Scott got pretty cozy on the red carpet at the Grammys on Sunday night. The two had a jam-packed weekend between throwing their 1-year-old daughter Stormi an epic birthday bash and attending Clive Davis's pre-Grammy party. Kylie showed up to the big award show in a pastel pink structured ensemble, while Travis opted for an all-black suit. The famous duo remained close as they embraced each other while cameras captured the moment.

Kylie is there to support Travis, who received three Grammy nominations: best rap performance and best rap for "Sicko Mode" and best rap album for Astroworld. He's also set to perform, so we're sure Stormi is somewhere cheering her father on like she did when he graced the Super Bowl stage on Feb. 3.

View more pictures of Kylie and Travis snuggling up to each other at the Grammys ahead!

Related:
Lady Gaga, Drake, Cardi B, and Everyone Else Who Won a Grammy This Year
Previous Next Start Slideshow
Kylie JennerCelebrity CouplesRed CarpetGrammy AwardsTravis Scott