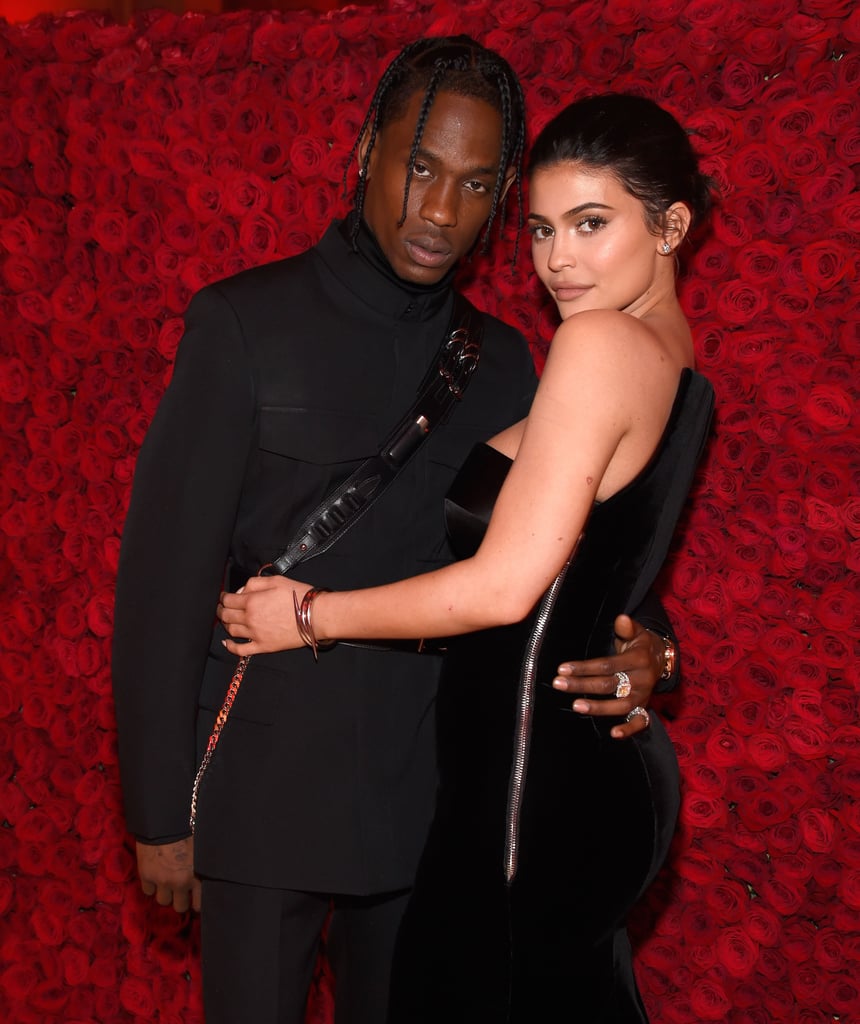 Are Kylie and Travis Engaged? What Kim and Kendall Had to Say About That Diamond Ring

Despite speculation that Travis Scott would be proposing to Kylie Jenner at the Super Bowl, it looks like it was just a rumor — or was it? Even though the 26-year-old rapper didn't make the grand gesture of proposing to the 21-year-old reality TV star during his halftime performance, Kylie was spotted wearing a giant diamond ring on that finger. On Feb. 3, Travis posted a photo of Kylie smiling and flashing the sparkly bauble on his Instagram Stories, and Kylie also flaunted the ring on her own Instagram account. Hmm . . . so does this mean Travis and Kylie are engaged?

Well, before you jump to any conclusions, both Kendall Jenner and Kim Kardashian recently addressed the reports during their respective appearances on The Ellen DeGeneres Show and The Tonight Show Starring Jimmy Fallon. "I think she would have told me," Kim said. "She's pretty secretive, but I'm sure she would have told me. I'm not really sure. But I don't think so." Kendall also expressed similar sentiments, telling Ellen, "Not that I know of. Not that I'm aware of, so if he did, she hasn't told the family yet. But I don't think that has happened."

It's worth noting that Kylie has teased us like this before. Back in January, she posted a series of snaps wearing a diamond ring on her left hand. Not to mention, she also recently referred to Travis as her husband. An engagement wouldn't be surprising, though, given that the couple have been together for almost two years now and are already parents to 1-year-old daughter Stormi. So, what's the truth, Kylie?

Kanye West
According to Julia Fox, Juliye Is In
by Naledi Ushe 23 hours ago