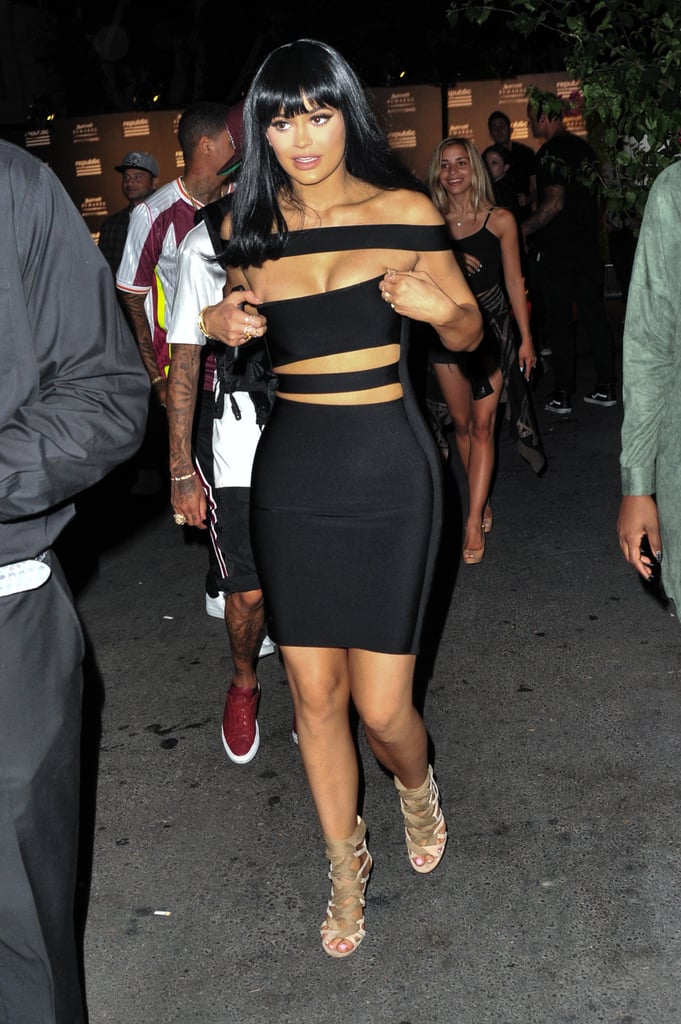 Kylie Jenner and Tyga snuck away from the chaos of the MTV VMAs on Sunday for a late-night date. The couple was spotted leaving the Republic Records post-VMAs celebration at Ysabel in West Hollywood on Aug. 30. Kylie, who changed into a revealing bandage dress for their date, was all smiles as she made her way through a crowd of people with a small group of friends. Tyga appeared to be holding a bottle of Hennessy as he led Kylie away to their car.

The couple's date night was the perfect way to cap off an eventful evening at the VMAs. After Kylie, who debuted bangs at the big show, took over the red carpet with her famous family, her brother-in-law, Kanye West, announced during his speech that he plans on running for president in 2020. Keep reading to see more of Kylie and Tyga's late-night date, and then check out the reality star's raciest Instagram snaps.

Emma Corrin
Is Emma Corrin Single? What We Know About the Star's Dating Life
by Michele Mendez 11 minutes ago