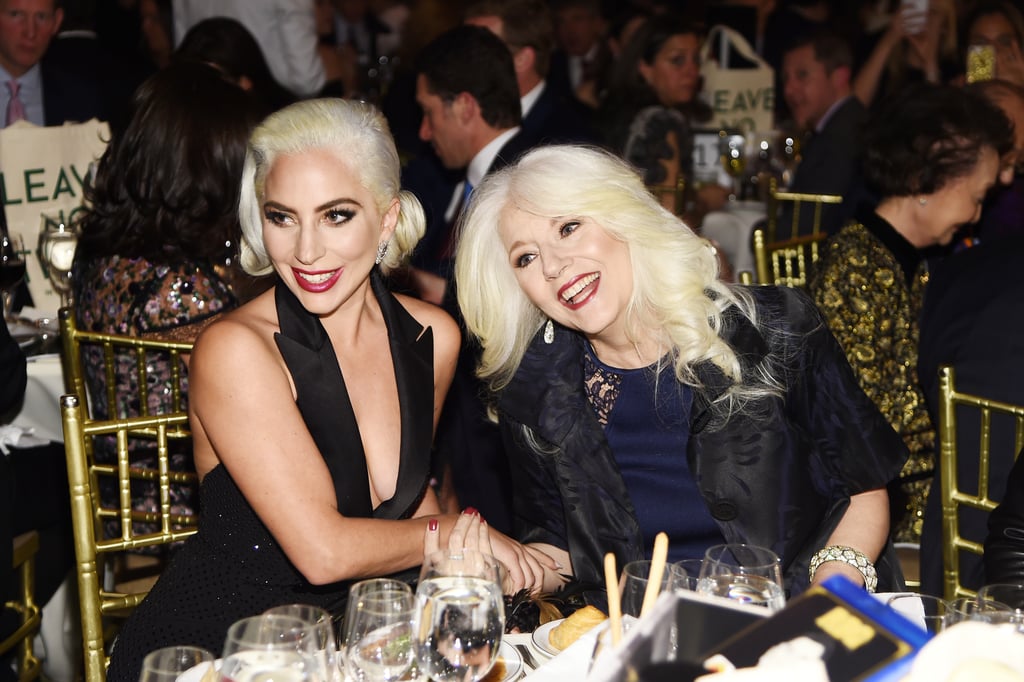 Lady Gaga is certainly having her moment this award season, and we're loving every bit of it! After her song "Shallow" took home the Golden Globe for best original song, the 32-year-old singer attended the National Board of Review Gala in NYC on Tuesday night. Gaga was accompanied by her mom, Cynthia Germanotta, and it's clear the apple didn't fall far from the tree. The two celebrated her best actress win for her role in A Star Is Born with costar Bradley Cooper and director Steven Spielberg.

In her speech, Gaga thanked her mom for believing in her so that she could fulfill her dreams. "I always do what I do to make my family proud," she said. She also gave Bradley a sweet shout-out, saying, "I would not be standing up here without you. Thank you for entrusting me to be your first leading actress in your directorial debut."

So, what's up next for Gaga? On Sunday, she's set to attend the Critics' Choice Awards, where A Star Is Born is nominated for nine whopping awards including best picture, best adapted screenplay, and best cinematography. We're wishing Gaga the best of luck!

Black Women
Tia Mowry on Her Father’s White Privilege: “It Was Very Clear to Me”
by Alessia Santoro 1 day ago

Ciara
Ciara Shares a Prayer For Her Son Following the Killing of George Floyd: "It's Time For a Change"
by Kelsey Garcia 8 hours ago

Oscars
Lady Gaga Was Pulled Over by Tiffany's Security After the Oscars . . . on Her Way to Taco Bell
by Perri Konecky 1 week ago