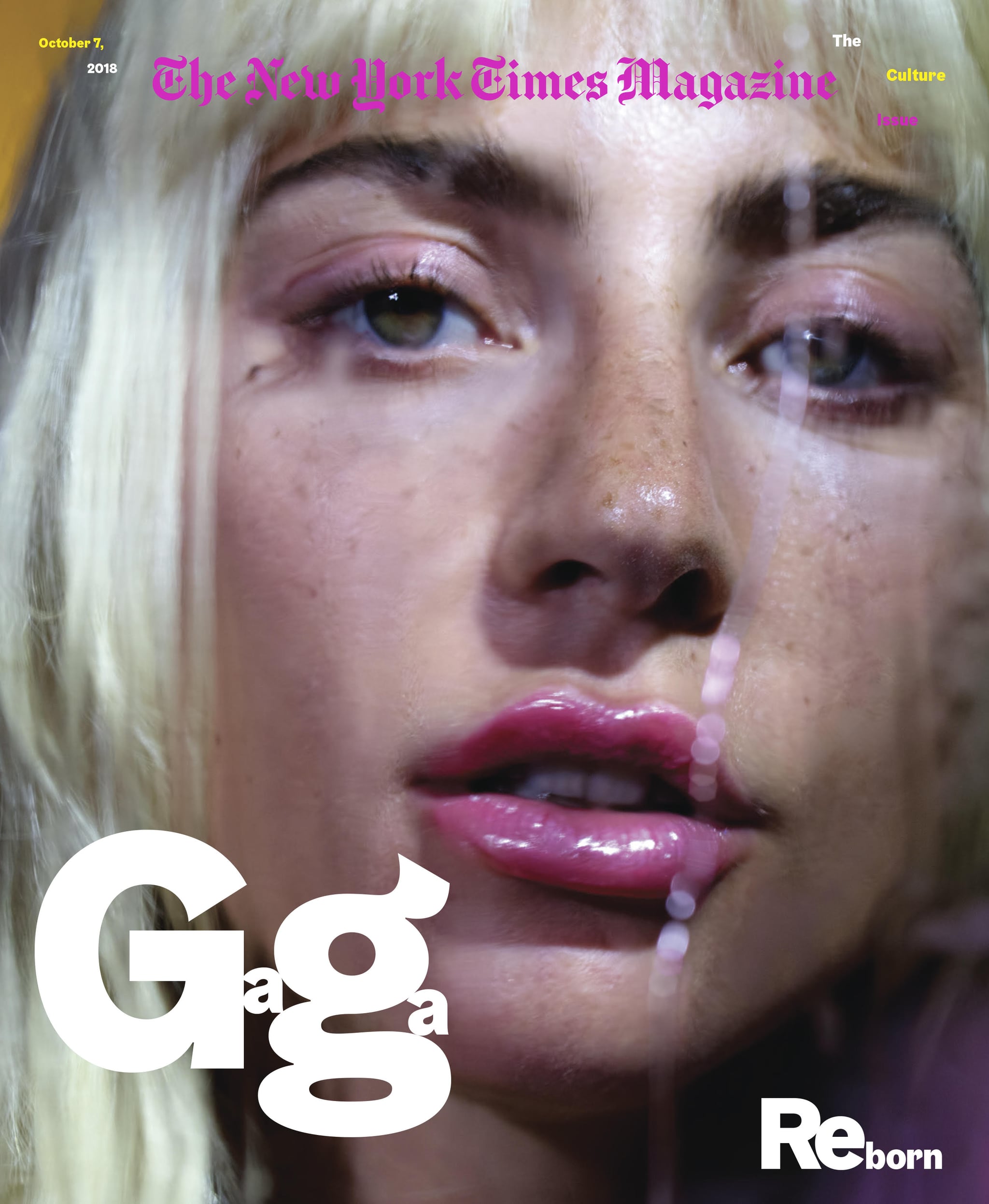 We're on the verge of the next phase of the Lady Gaga renaissance! With the Oct. 5 premiere of A Star Is Born, Mother Monster will be 20 feet tall and splashed across big screens far and wide. Perhaps it's Gaga's incredible ability to slip seamlessly from one passion project to the other that makes her turn in the film so sensational. One minute, she's churning out incredible music and selling out concert venues, the next, she's slashing throats and drinking blood on American Horror Story. Now, with A Star Is Born, Gaga has moved into a new phase — one that may contain award season gold.

The New York Times has honed in on this phenomenon with an astounding new profile on the pop-star-turned-movie-ingenue, calling Gaga the "shape-shifter" she so clearly set out to be. "I do keep transforming into a new shell of me," Gaga told the NYT. But to her, it's not just an act; it's a complete embodiment of each new phase in her life, much in the same way she adapts a new style and way of being every time she releases a new album. (The biggest Gaga fans call them eras!) "Sure, there is an acting component to what I do, or a showbiz component to what I do. But the word 'acting,' it's hard for me to talk about in that way, because 'acting' to me almost implies faking it."

Gaga also talks in the piece about her willingness to take on such a bold challenge. Being a pop star is one thing, but being a leading role in an intense and dramatic film is another. At this point, though, she's unfazed by such new challenges. "I have a nerve inside of me to do this," she said. "And I have no idea where it comes from, except that it might come from God. No one knows." But here's the tea: who cares where it comes from? We get to bear witness to the brilliance.

Netflix
On Our Radar: Kyla-Drew Is Destined For Greatness
by Monica Sisavat 17 hours ago