Lady Gaga was feeling patriotic during her latest outing in NYC on Sunday. The singer, who recently returned from Mexico, was spotted out and about with her guitar and American flag jacket in hand. Clad in a denim J Brand crop top and matching shorts, the newly single star gave photographers a peek at her killer abs as she headed to a recording studio in the West Village — perhaps she was working on new music? Lady Gaga was in the news earlier this month after reports surfaced that she and Taylor Kinney ended their engagement. She later took to Instagram to address the news, saying, "Just like all couples we have ups and downs, and we have been taking a break." While there's a possibility these two may get back together, only time will tell. 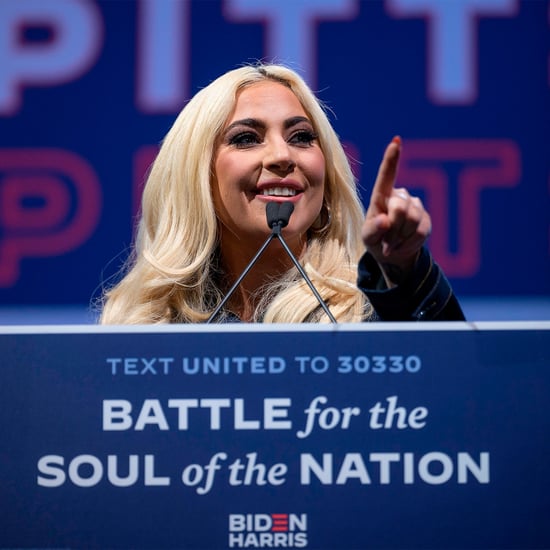