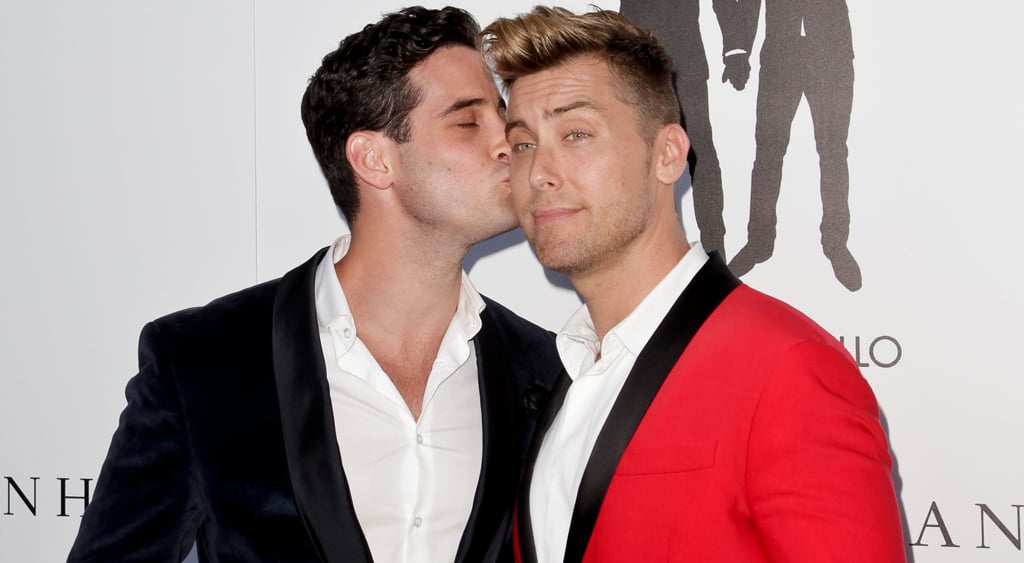 Lance Bass is ready to be a married man. On Saturday, Dec. 20, the *NSYNC heartthrob will say "I do" to his fiancé, Michael Turchin, Lance's rep confirmed to People. The exciting news comes over a year after the guys announced their engagement. Following *NSYNC's reunion at the 2013 MTV Video Music Awards, the former boy-band member proposed while in New Orleans. Lance shared an Instagram snap with the caption, "He said YES!! Love this man," and Michael tweeted his excitement, saying, "Happiest guy in the world." Lance popped the question all over again in September, and Michael took to Instagram to give us a close-up of the ring.

The pair has been together since December 2011, and in 2013, Lance posted a picture on Instagram to say that he was thinking of Michael while performing at the VMAs. "For the first time ever I got to perform [with] *NSYNC as an out entertainer," he wrote, "and was thinking of this man the whole time." Congratulations to the couple!