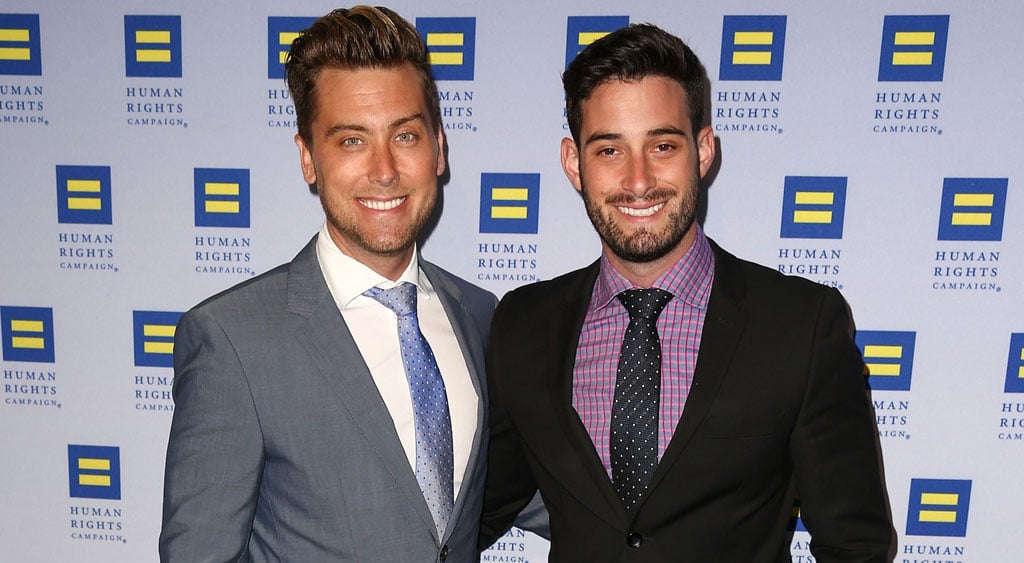 Lance Bass celebrated his one-year wedding anniversary with husband Michael Turchin on Sunday by sharing an adorable video on Instagram of the couple's love story. The short clip features an animated flip book that details their lives together, starting from when they first met. "Happy 1 year anniversary to the love of my life @michaelturchinart!!! I want to relive that night over and over again," the former *NSYNC member wrote. Michael, a painter, also took to the social media site to share a cute photo of him and Lance, with the caption, "Happy 1 year anniversary to my partner in crime, best friend, and the love of my life." The couple started dating in January 2011, became engaged in September 2013, and wed in December 2014 at the Park Plaza Hotel in LA. The nuptials were featured on the E! special Lance Loves Michael: The Lance Bass Wedding.