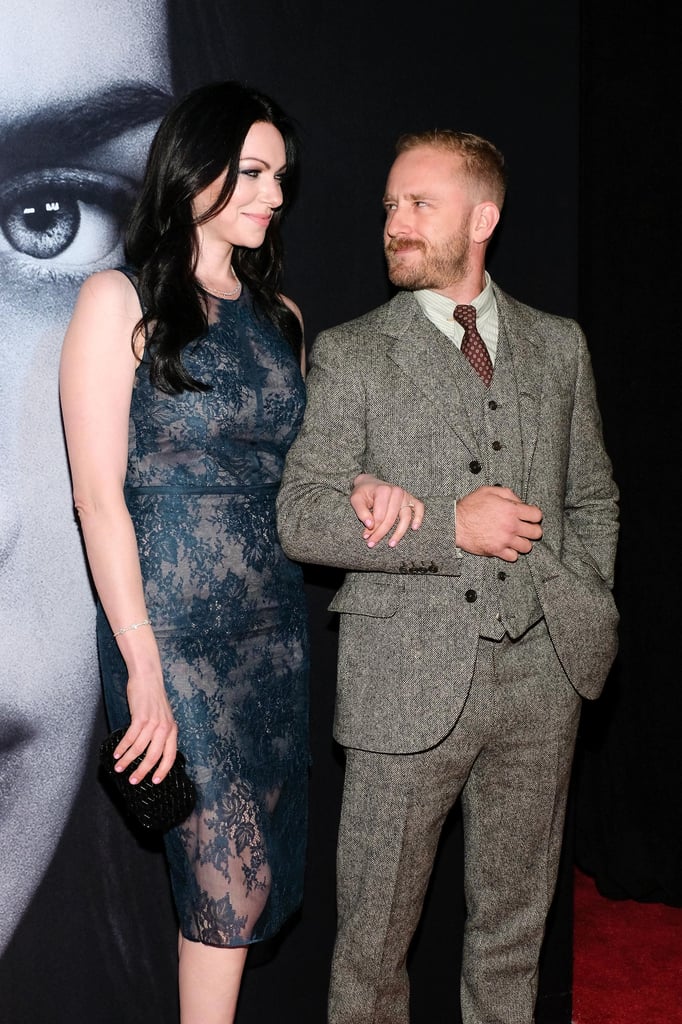 Ben Foster and Laura Prepon certainly turned heads at the NYC premiere of The Girl on the Train on Tuesday night. Not only did they make their red carpet debut as a couple, but they also confirmed their engagement when the actress flaunted some new bling on her ring finger. While Ben looked dapper in a gray suit, Laura paired her gorgeous sparkler with a fitted blue dress. The pair was first linked back in July when they were spotted out and about together in the Big Apple, but the Orange Is the New Black star has actually known her fiancé since she was 18. They're mutual friends with her That '70s Show costar, Danny Masterson. Ben was previously engaged to actress Robin Wright, whom he had an on-again, off-again romance with from 2012 until 2015. Congrats to the happy couple!

Celebrity News
Chrishell Stause Calls Out PCAs For Not Allowing Her to Bring G Flip: "I Was Fighting to Get Them In"
by Njera Perkins 7 hours ago

The Royals
Prince Harry Jokes About His and Meghan Markle's NYC "Date Night": "We Don't Get Out Much"
by Noelle Devoe 8 hours ago