There are Beyoncé superfans, and then there is Laverne Cox. The Orange Is the New Black star is one of the most prominent members of the Beyhive, regularly paying tribute to her idol in flawless dance routines and look-alike photo shoots. Because of that, it might come as a surprise to know that when she finally met Queen Bey at the Grammys, she totally kept her cool. "I've often imagined this day, I've dreamed of the day," she told Stephen Colbert while appearing on The Late Show on Monday night. "The interesting thing about when you meet the queen, is that a calm comes over you, I swear to God." She went on to describe their meeting in detail, and it's just as adorable as you're hoping it would be. Of all the amazing things that happened at the Grammys on Sunday, we have to say this is one of the best.

Nostalgia
If Madison Beer's Lace-Up VMAs Dress Looks Familiar, It's 'Cause Beyoncé Wore It Back in 2003
by Victoria Messina 6 days ago 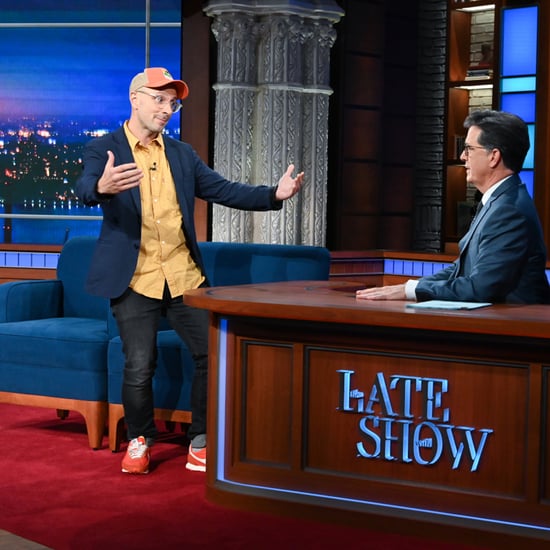 Stephen Colbert
Steve From Blue's Clues Stopped By The Late Show, and Yeah, We Needed That Hug, Too
by Perri Konecky 1 week ago