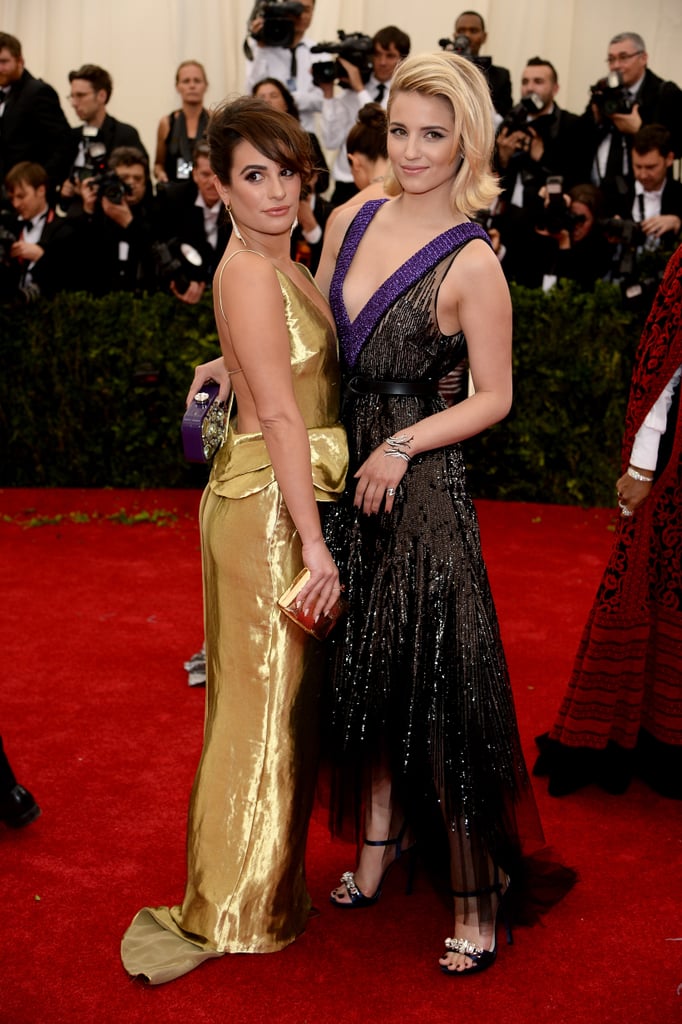 Glee costars Lea Michele and Dianna Agron looked more like friends than foes at the Metropolitan Museum of Art on Monday night for the 2014 Met Gala. Though feuding rumors surfaced that Lea kept Dianna away from Cory Monteith's tribute episode, there was no sign of bad blood as they walked the red carpet together. Lea wore a yellow Altuzarra gown, while Dianna wore a custom black and purple Miu Miu number.

This year's Met Gala will be the first event in the Metropolitan Museum of Art's newly renamed Anna Wintour Costume Center and celebrates the work of American-based designer Charles James. Charles was best known in the '40s and '50s for his glamorous ball gowns. Don't forget to check out the all-time best dressed guests from the Met Gala!

Red Carpet
Well, Look Who Skipped School: The Euphoria Cast Just Got Together to Celebrate Season 2
by Kelsey Garcia 3 weeks ago