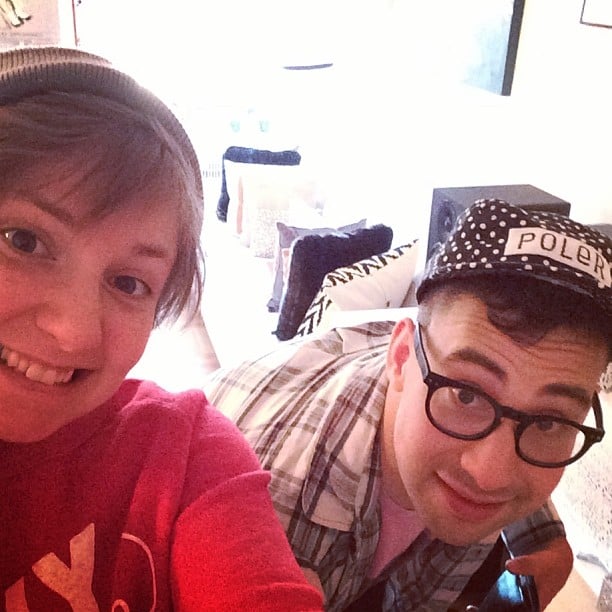 Lena Dunham turns 29 on Wednesday, so as a gift to ourselves, we've rounded up of some of the cutest snaps of our favorite "Girl" and her boyfriend, Fun. guitarist Jack Antonoff. Lena, who has publicly stated that they won't say "I do" until same-sex marriage is legalized, began dating Jack in 2012 and fondly calls him her "partner." Besides stunning on the occasional red carpet together, Lena frequently posts photos of their normal routine on Instagram. Instead of hitting up Hollywood parties every weekend, we've come to love the couple because of their relatable hobbies that include lounging in bed, going on Starbucks runs, and hanging with their adorable dog, Lamby. Keep reading to see some of their sweetest snaps, then look back at some of Lena's most lovable quotes.

Kim Kardashian
Kim Kardashian Posed in the Shortest Under-Boob Crop Top, and Fans Have Thoughts
by Sarah Wasilak 13 hours ago